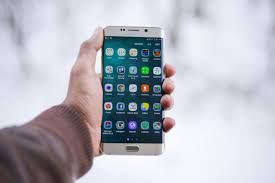 Most of us all have smartphones nowadays. We have the iPhone, Samsung Galaxy, Google Pixel, and many more. They all compete to be the best phone, and each phone is different and better in its own way. But what is one thing that all smartphones share, no matter which one you own? Cellular data. A phone, by definition, must have cellular data and be able to make calls. Currently, the main forms of data are LTE and 4G, then 3G and down from there. But a new form of cellular data is in the works. It may change the way you use your phones and tablets and may be readily available by 2019.

A common issue with cellular data is bandwidth. This is the capacity of available data that is usable within a cell phone carrier. With 5G, there will be no more of that. There will be so much data capacity, that we will have more than we can work with. This means your phone won’t have to fight against others trying to send and receive data. This will greatly improve online loading and buffering speeds. It is predicted to be roughly 10 times faster than a high-performance 4G connection. 4G performs low in places such as crowded cities and events when the cellular users are within close range. This should no longer be an issue with 5G. You will be able to post that Instagram picture, send a snapchat, and even playback YouTube videos with a drastically increased speed and ease anywhere you go.

There is more to 5G than just a cellular phone data connection. It can become extremely helpful in improving things such as augmented reality, self-driving cars, and even be able to quickly link health monitors to crucial information that could save lives, money and time. Just 19 years ago, in the 90’s, we had to work with 2G, which was barely “text-message-friendly”. But as technology progressed, 3G was introduced as a viable photo sharing data connection. And now in present day, 4G is making streaming video practical. It seems that 4G isn’t as up to date as we may think. Streaming videos have been around long enough and long overdue for an enhanced performance. This is when LTE was introduced. It is currently the leading way of connection outside of Wi-Fi. It is very fast (even for video), reliable and does not buffer as much. But one large problem still looms; the bandwidth of a shareable connection between all users.

A company named Qualcomm is the leading group in developing the capabilities of 5G connection. The company reports of having successfully produced a 5G connection in an Asia-based laboratory. The date of release for this smartphone chip keeps becoming closer and closer. The original release date was set in 2020, but in just months it has been set for 2019. The progress has been great so far and will continue until it is production ready. 5G will bring very high expenses. With the installation of new databases to support the connection and such other expenses, the grand total between 2019 and 2030, will amount to $2.4 trillion.

A 5G connection will revolutionize the way we use internet connections, cars, healthcare and more. It is one of the biggest jumps in technological history. It solves many problems such as bandwidth issues(it will speed up connection), the amount of time data is sent and received and so much more!