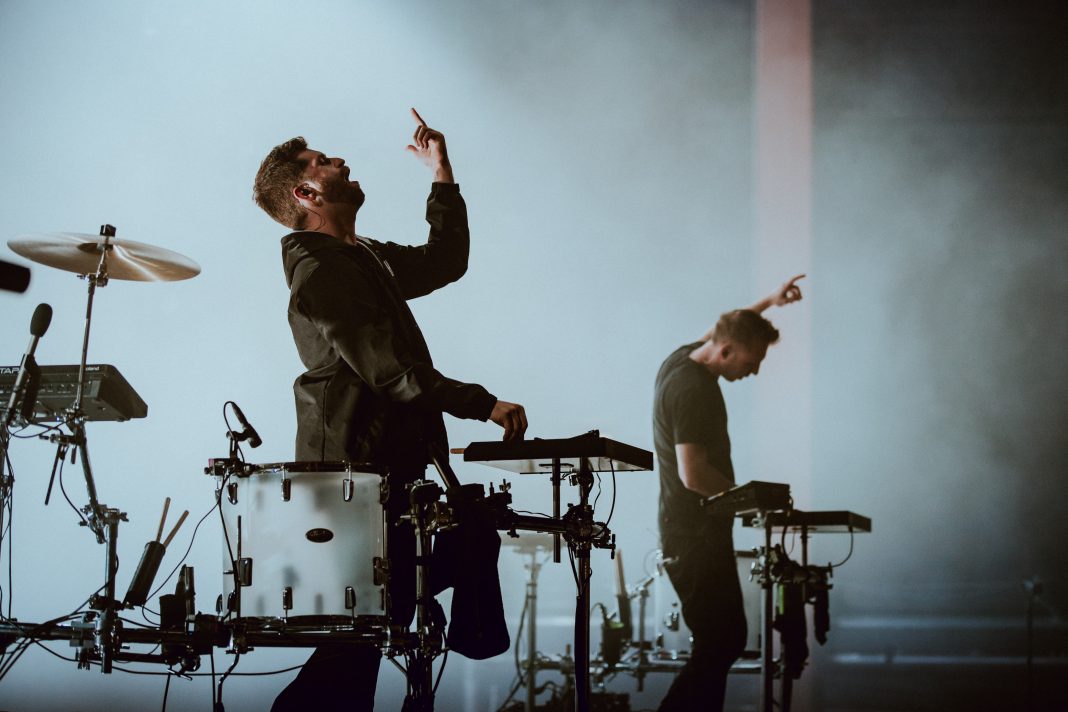 Music is the most valuable aspect of life. When new music comes out it should be as praised as when a new President is inaugurated. Odesza’s new album A Moment Apart dropped Sep. 8, 2017. The album holds 16 songs including an introduction that leads into the second song on the album called “A Moment Apart.” This album by Odesza incorporates the curiosity of the world not known to us with unique instrumental sounds to please listeners with EDM and Electronic taste buds.

Odesza is an EDM band, meaning their music has a repetitive beat and a synthesized backing track.

Most EDM bands, however, are intended for headbanging and portray a hardcore base that gets the crowd riled up. Odesza, while containing the headbanging aspect EDM lovers crave, does range moreover to the chill side. Their music flows more with the body and mind rather than the head and impulse decisions. They create a laid-back setting that brings inner peace to the audience. Songs by them also range in variety, whereas other EDM bands tend to stick to one format of music and climax.

Odesza gets inventive when it comes to making their music. They have unexpected climates in unique areas within their songs. The baseline in the music can sound like a drum with background music that reaches pitches many bands wouldn’t dare attempt. Another unique thing about Odesza is that they make all their own music whereas some EDM DJs remix songs by famous artists. Odesza creates their entire music line featuring artists such as Naomi Wild, Mansionair, WYNNE, Leon Bridges, and more on their latest album. They either feature aspiring artists or they just have an entire song dedicated to their ability to produce music. Creating music to them is more than just sounds, however, all their songs are rooted from some meaning or essence of life. Their value substance ranges from different perceptions and obtains different sensations of feelings. This current album A Moment Apart is rooted from their desire for knowledge about the world out of our reach.

The vibe executed in A Moment Apart is space. Listening to the songs in order will give a contrast of reality and a virtual world we have no further idea on. They give off feelings of emotions with their music through amplitudes and frequencies in their tones and they add touches of noises in the background of their songs that is nearly below our absolute threshold. This album brings awareness to the beauty of space and exploration. One thing many artists lack is their ability to take the effortless energy they have in the studio and carry it over to a stage. Odesza has the opposite outcome for they are better live than they are through headphones.

Odesza is incredible live. I attended the A Moment Apart concert in Madison, Wis. in November and it was brilliance at its finest. The two members of the band, Harrison Mills and Clayton Knight, are so passionate about their music and their fans can see that project off them as they dance alongside the beats and get interactive with the audience. The light show at the concert goes along with every bellow and stepping stone that follows a certain song and energy.

Overall, Odesza and their latest album have some underrated talent consisting of a deep message about space and a wonderful harmony. Any lover of EDM or insightful, unique music should give A Moment Apart a good listen. I suggest starting with the introduction, which is used from the movie “The Russian Cosmonaut” and then listening until it works its way into the next song on the album. Every detail is luminous.