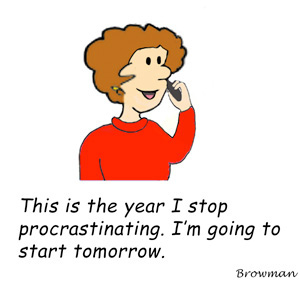 By Rudy Mix and Koby Kett

We all know the story, one that occurs night after night. A student who has a tremendous amount of work to get done, walks into his room, promising himself to get all the work done. The student has planned out a schedule, sits at his desk, opens his laptop or book, and gets to wo–. A phone buzzes in his pocket, its bright light calling for his touch and attention, its illuminated screen saying “touch me, be with me.” Five hours later, the student has completely forgotten about the things that he must get done, wrapped up in other, easier, happier things. When the student’s phone dies, they are now able to get to work… at three o’clock in the morning.

The school day soon begins, and the student has barely even started what needs to be done. In the last minute before the work is due, the student gets the work done in the sloppiest fashion. Cut to a week later and the student’s grades have gone down by a bewildering percentage. The student frets about it, knowing that they could have done better, especially if they did not procrastinate.

So many students and people procrastinate, putting off things that need to get done day after day. According to The Guardian, 70 percent of students in the American school system procrastinate, which is a good 52,220,000 students, all doing easier things than their schoolwork. Therefore, only three out of ten students actually know how to get work done early and on time. Maybe even you, the reader, put off tasks constantly. Maybe you are someone who will never get a task done because you keep making up excuses to do tasks that are “more important” than what needs to be finished.  You could be procrastinating right now on something menial like washing clothes or something more important, like writing that book you have wanted to start for the last few years.

But why? Why stop procrastinating? Why stop giving one more time to explore things and enjoy it? Would that not simply be just taking away from one’s free time? Also, is it even possible to break a habit which has been drilled in for a significant length of time? How could one stop such a prominent thing in his/her life?

Students likely fall into this habit because of several big reasons. Having low focus, lack of sleep, poor energy levels, little time management, overcommitment, lack of understanding and trouble getting started. All of those reasons are the main ones reported in Counseling and Advising of Batavia High School. By trying to resolve these issues, it is possible to break the habit.

Procrastination can be a very bad habit to fall into.

“It’s not good to fall into because it may make one’s work seem like it has less effort or work put into it,” said Parker Fletcher, a Sophomore at Batavia High School.

If one puts in his or her best effort only at the last minute and the quality still seems lacking, then that student’s grades may drop. Without the procrastination, a student’s grades could definitely suffer less or even go up if there seems to be more quality in the work. If there is more quality, the person grading the assignment will likely be more impressed and give a better grade.

Procrastination can not only delay many things that must get done, but it can also decrease overall efficiency and effectiveness. Say that someone waits until the very last minute to do a project. That project will not be as impressive as one that was completed before the due date because if it was completed before the due date, then minor and sometimes major edits can be made. Some people feel like they work better under pressure, so they put it off until the last minute. As discussed earlier, this does not change the quality that could be produced if started earlier and the aforementioned problems still happen.

“A good way to avoid procrastination is to have an agenda with tasks that need to be accomplished,” Alex Beckman said. If an event is scheduled, one may think that it must happen, and will follow the schedule that they have made.

According to lifehack.org, another way to rid procrastination is to simply just do it. That advice may seem silly, having procrastination be the inability to simply just do the task. But, if a student sits down at a workspace and just begins to work, there will be a time when a zone is entered in which the work just gets done, then the student will be more focused and willing to push through whatever they are doing.

A final method of avoiding procrastination is to break a large (or any) amount of work into small bits, working through it piece by piece, step by step. One may find that if an essay is broken up into fifteen simple steps instead of the one big step of writing the essay, the assignment will be easier to do. If work feels easier to do, then it will all be simple tasks instead of enormous ones. With small steps, it can feel like more is accomplished, and with accomplishment comes joy.

That joy can come with a reward so that the student is more focused. Overall, breaking things into baby steps can make things easier than they actually are.

What if the student mentioned before went through a different tale by following these steps: The student walks to his desk and writes out his plan. Step by step, task by task. He turns off his phone and puts it away. He grabs his notebook and begins to work. He does this while having an agenda with deadlines and breaking everything into small steps.

When the student turns in his work the very next day, he turns it in with confidence, knowing that he did it right and took enough time to do it well. Cut to one week later, and the student’s grades have gone up. He quit his habit and acquired worthwhile results.