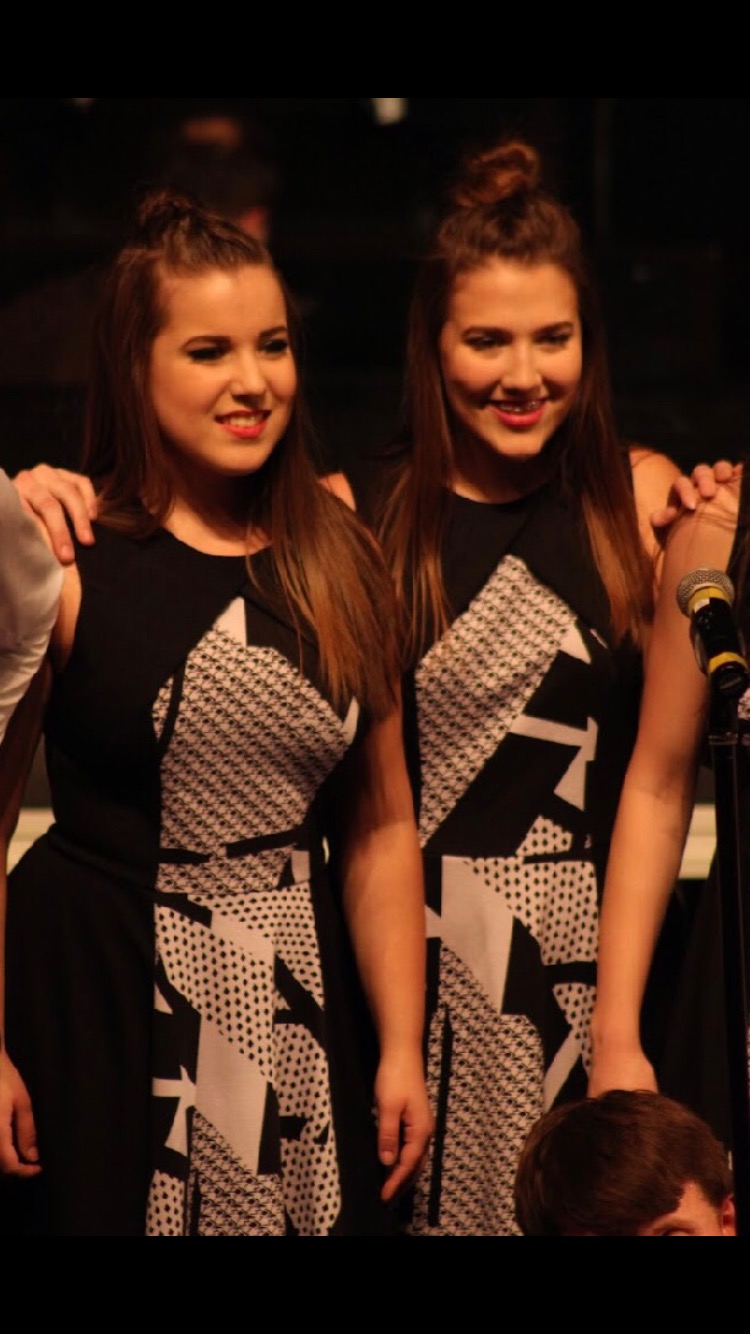 It’s a Friday at noon and at Nataleigh Rix’s house, the entire family is home. There was no school that day but Rix has to go to the Batavia High School at 2:30 to work on the upcoming spring play, Letters to Sala, a play produced by Batavia High School students. Her mom asks her when she’s going to be home. “Not until past nine tonight,” she says. It’s not even two-o’clock at the moment. “I have play rehearsal until five and then show choir from six to nine. There’s no way I have time to come home between five and six.”

On a typical Saturday, it gets hectic for show choir students because of competition season, which usually lasts from the beginning of February to March. Rix would wake up at 2:00 AM to do her hair and makeup because they are required to get to the school by 4:00 AM. They leave for their bus rides to other schools which take hours. Last week they made it to semifinals so they didn’t get home until 12 AM.

Rix clearly has a passion for the arts. She participates in choir class, joined TRI-M, is a part of not one but two show choir groups and is looking forward to directing the spring play this year. Rix is also involved in Key Club, National Spanish Honor Society and exceeding academically with her honors and AP classes with her GPA of a constant 4.3 to reflect that. She not only shows what she’s interested in but how much time she devotes to her interests throughout the year.

One of Rix’s acquaintances suggested to main director Josh Casburn that she could be co-director. Rix knew this would take up even more of her time.

“I wanted to co-direct the spring play because I usually do the musicals [show choir] but this is a play. I wanted to stay involved in a theater production so I did it,” Rix said. Together, she, Mary Clare and Casburn had the responsibility of directing. Other students are offered great opportunities to carry out their interests, for example, Colin Steele, who looks forward to being stage director for the play.

Letters to Sala is a play based off of Ann Kirschner’s Sala’s Gift, a book based off a young girl who survived the Holocaust. Over 350 letters she wrote illustrated her emotional journey and contributed significantly to historical documentation of the Holocaust. Clare, who is also assistant directing the Letters to Sala, chose Rix to direct alongside her.

“Nataleigh is sort of the brains behind the production,” Clare said. “We need her to know a lot of information on the Holocaust and the backgrounds of each character… I’m a character in the play so some of my responsibilities pass down to her since I can be really busy with my scenes.”

Rix has clearly been offered a unique opportunity. She wanted to be a part of the play but because she didn’t want to act this year, she will direct and oversee the production as a whole.

Casburn approved of the cast.

“Her [Rix] and Mary Clare both help me, being a second pair of eyes to make sure every little piece of the show is perfect,” Casburn said. “Having them assistant direct is a great experience they can use after high school. And it is very good for all the student cast to have their peers working behind the scenes with them.”

On top of the spring play, Rix has had show choir rehearsals since August and it doesn’t end until March. Show choir requires about 12 hours a week not including the weekend competitions. With 10 hours of practice for the play and 12 hours for show choir, Rix is at the school for an additional 22 hours each week. Students that do show choir have two-hour-long practices every day, five days a week, for eight months. That’s a greater commitment of time and energy than any other athletic program the school offers.

For Rix, rehearsals themselves exhaust her and she would find it hard to be able to concentrate on homework when she’d get home.

“Show choir rehearsal is the equivalent of a gym session,” Rix said. “We dance for hours, cleaning up every move and not to mention singing while doing it. It’s an intense cardio workout that requires a lot of stamina.”

Also, she is in not one but two show choir groups, Swingsingers and Legacy, so that means double the role.

However, Rix would not be able to do it without the financial help and support from her parents. “We worry about her spending so much time at rehearsal that it’s going to conflict with school but she somehow manages to get everything accomplished,” Rix’s mom Robin Rix said.

Another difficulty that comes along with show choir is the cost. Show choir is very expensive for the cost of costumes and choreographers. Even though Rix didn’t want to reveal precisely how much it costs she also claims that they’re currently paying a great amount for a backup singer who worked for Chance the Rapper to be at their shows.

Show choir and theater opportunities from the high school gave Rix some of the most unique and helpful opportunities at such a young age. For her, it is worth all the financial costs and all the time it occupies. Rix made a close group of friends who also devote their own time to these extracurriculars.

“Music is very important to me so I try to stay involved as much as possible,” she said.

More importantly, they share common interest and passion for singing, dancing, and acting.

“We work hard,” Rix said. ”The whole group is one close-knit family.”