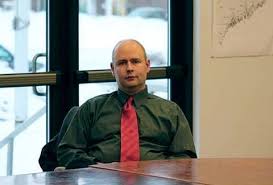 Tom Kawczynski, the town hall’s top administrator in Jackman, Maine, has been fired for pro-segregationist remarks and bashing Islam. This has sparked outrage and it can be debated whether or not he should have been fired. Freedom of speech is a first amendment right and Kawczynski can express his opinions but there are limits to that and contributing to that is the current cultural movement occurring across the United States.

According to the Associated Press, Maine town officials agreed to pay Kawczynski $30,000 so he would not sue the town. However, according to Washington Post, he expected his firing and started a GoFundMe page in advance to releasing his statements. However, he was still shocked at the backlash he received when he told The Washington Post, “I spoke freely and for that, my job has been threatened, and my wife’s medicine has been put at risk.” Kawczynski is deserving of this consequence because he has used his public platform to advance his own personal political agenda.

A while back, Kawczynski started his own movement called the “New Albion,” a personal website that promotes traditional values and western European heritage. Though there have not been any legal consequences brought forth, but he is facing harsh social critique for his beliefs. The problem here is that he is a using his public platform to spread insensitive and condescending beliefs, beliefs that the majority of the general public is outraged over because it is not what they believe Americans stand for. The majority opinion rules and if they don’t agree with his words then they have done the right thing in taking it down.

Kawczynski defended himself to the Fox News by stating that “I am not a white supremacist. I am not a racist… I have no hatred… I just believe that people like me deserve to get a fair shake… It is the responsibility and social contract of our government to spend money on the American people.”

But his statements also include this implied fear of the emergence of another dominant culture other than white. It is unrealistic for a such a public figure to post beliefs that promote division amongst different races and not to receive backlash. For instance, the Southern Poverty Law Center said in a tweet that it is “unacceptable to see people in leadership positions espousing white nationalist views.”

It is not wrong of him to want to preserve the traditional values that he holds so closely, but suggesting to a wide audience that voluntary segregation is better off for all Americans, undoubtedly leads to people inferring that he believes there is no other race superior to white Europeans. His idea is offensive because his ideas are rather old and resentful and many people do not want to go back to a time like that.

He is also accountable for bashing Islam. According to the Bangor Daily News, Kawczynski called Islam “the scourge of Western civilization and suggests that the United States would be better off if people of different races voluntarily separate.” His use of “scourge” suggests that they have caused great suffering to the Western hemisphere. His words tell everyone he is resentful, unsympathetic and slightly ignorant. The outrage he caused is no surprise. Kawczynski is right about one thing and that is that people all over the country, even in his own town, are preventing him from spreading his beliefs. But that is because Western culture has opened up and changed due to the very fact that it is has learned to to break down its racial and cultural barriers.