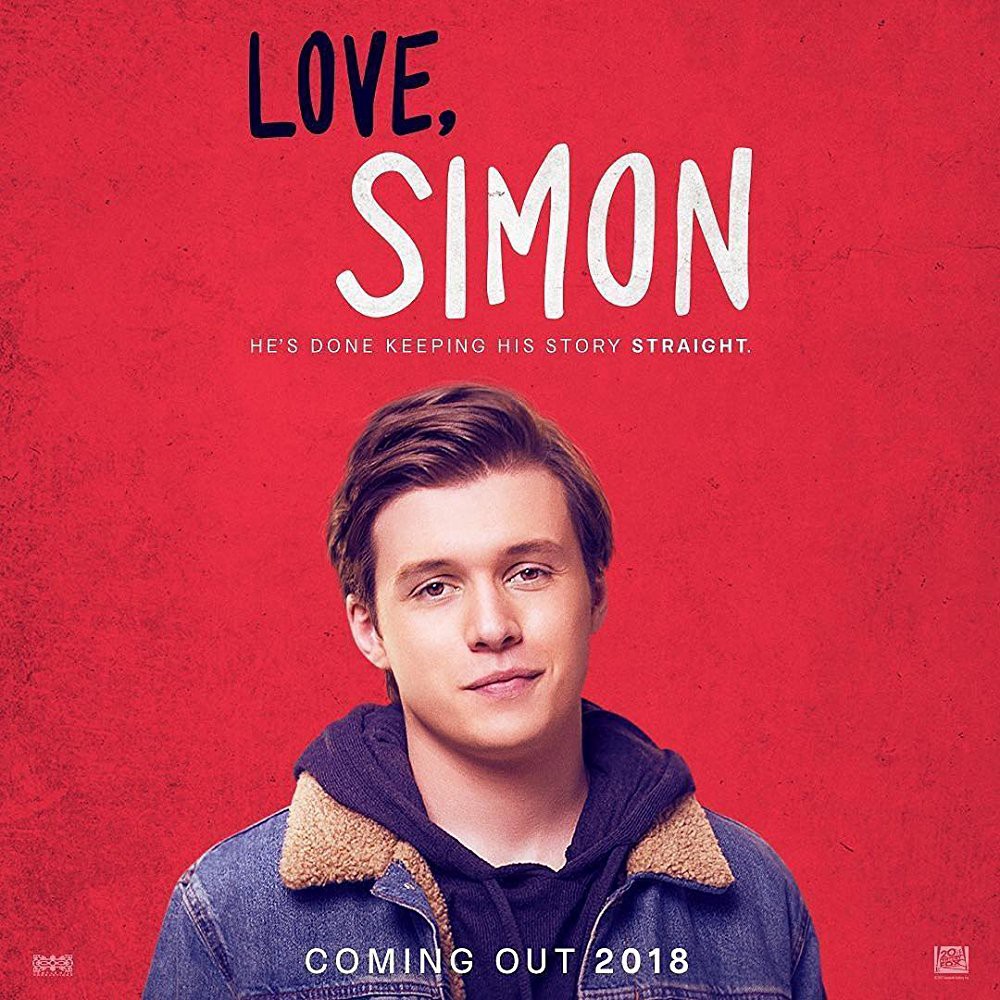 The recent movie, Love Simon, has sparked waves of acceptance across the country as it revolves around the story of Simon Spier, a high school boy who is secretly gay. With ravingly positive reviews from critics like Rotten Tomatoes and IMDb, this movie is a must-see for people of any sexuality.

Simon, who is played by Nick Robinson, is portrayed as a slightly awkward, but overall normal teenager. However, his secret has kept him from truly being himself. As he begins to email a boy at his school who is also secretly gay, they inspire each other towards a path of growth and acceptance of who they are. Simon, however, is left reeling for the identity of the boy, who goes by the screen name Blue. The movie follows his search for the boy he has grown to love.  As the movie unfolds, the audience gets an even deeper look into Simon’s life and may feel as if they are a member of the Spier family themselves.

Though Love Simon isn’t the first coming-out film, it is one of the most notable, not only because of the way it unfolds but because it made a big step for the LGBTQ community. As one of the most mainstream movies right now, it not only spreads awareness but acceptance. The interesting thing about this movie is that it portrays Simon as a relatable teen. He seems no different than anyone else, and it also highlights the ways in which society singles out individuals just for being gay.

As one who does not normally cry in movies, I was surprised when I noticed tears running down my face and those of almost every other person in the audience. The film gives emotional insight into the struggles of coming out. Rather than making it seem like it’s difficult to announce to everyone you’re gay, the movie shows how difficult it is to show everyone who you truly are, whether you’re gay, artistic, athletic, smart, or quirky. The movie aims to recognize the fact that everyone wants to be accepted, so it’s hard to “come out” in a sense as your true self, no matter what your “secret” may be.

The plotline of the movie is superb, and the film moves at a good pace. There were a couple characters in particular that I found to be under-developed, including one that was key to the story. Overall, Love Simon is a coming of age movie that relays a message of courage and self-love, and ultimately leaves the audience mentally shook.