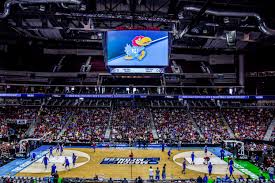 It’s that time of year again: March Madness. This college basketball tournament has been highly anticipated since the start of the new year by teens and adults across the country. Families, friends, and even strangers gather together at home or at restaurants in front of TVs to celebrate victories and get a piece of all the action.

One place where the action won’t be is at school. Unfortunately, many students and teachers at Batavia High School have had to miss out on these exciting games because they are blocked on all Chromebooks. But why? Sites like NCAA.com with March Madness live should be allowed on our Chromebooks. The tournament brings students together to root for a common goal, the games do not have to be a distraction, and it is only for one month out of the year.

March Madness brings students together to root for their teams. According to The Bleacher Report, there were 70 million brackets in 2017, and there were $10.7 billion in bets. Batavia students are just a small majority of these statistics but can feel isolated when forced to try and focus in class, while their favorite team is playing. Students can also join each other’s groups for even more fun competition. Whether they are die-hard sports fans or just participants, students take pride in beating their friends while also making new friends in their groups.

Anissa Garcia has taken part in the ESPN Tournament Challenge in the Batavia girls’ track team group now for two years and she had positive things to say about it.

“It was a lot of fun,” Garcia said. “The team took time out of practice to fill in our brackets and it’s exciting to check the scores and beat your teammates. It made the team a lot more talkative and in the end, closer.”

Another common misconception is that March Madness is distracting for students. Whether students may simply be checking scores or watching every minute, some teachers are disapproving, but why? If the teachers do not wish for their students to watch the games, then they can just respectfully tell their students not to.

Some alternatives to completely blocking the games are having the students close their Chromebooks during lessons and keep phones away, instead of punishing the entire school district by blocking it. In addition, not all teachers are against the games. If March Madness were unblocked, it would be easier for students with teachers who don’t mind the games to watch their teams. March Madness does not have to be a distraction as long as teachers handle it appropriately.

The basketball tournament should be allowed on Chromebooks because it’s only for one month of the year, less than that in reality. The games only take place on ten days over the period of twenty days, so not even a full month. How can students enjoy this rare event when it is blocked? March Madness only comes around for ten days a year, and sports fans aren’t able to take advantage of it until they return home. In addition to only ten days of basketball, most of the games aren’t during school; they are evening games. Once the second round is over, there aren’t any games during the school day, so there is really no harm in just unblocking the site. Students should be able to enjoy the excitement of March Madness as much as possible before the tournament ends.

The excitement of March Madness isn’t going to go away anytime soon and neither are Chromebook and laptops. When you look at all the positives, they outweigh the negatives by far. This tournament brings students together, doesn’t have to be a distraction, and is only here for a short time once a year. Students and teachers should have the freedom to be a part of the action and to enjoy March Madness.