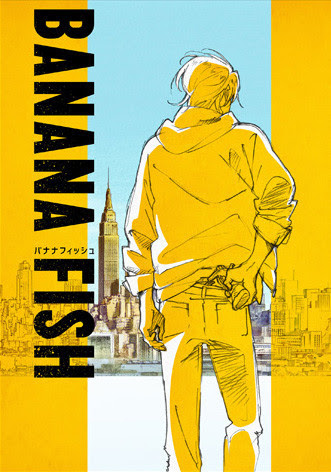 The reason why it was chosen as the top animated show to watch is that this comic’s story is well produced and thousands of people cried a lot for the two main characters. The storyline is dark and heavy. It has a lot of metaphors and one line can have multiple deep meanings. The setting is based in the U.S. The two protagonists, Ash and Eiji,  slowly become buddies in the story. They two are gangsters and are in a position where they can easily die. The ending of the actual book was very surprising and depressing. Supporters could not wait to see the last scene in animation with colors. Also not the story but the people who are taking part of the show is very amazing: Director Ms. Uchiumi from “Free”, series timeline is Mr. Seko from “Inuyashiki”, character design Ms. Asumiko Nakamura from “Doukyusei”, and animation MAPPA from “Yuri on ICE.” The is no reason not watching this anime.

Every young person has heard this title. This story is full of comedy and it will become funnier if you are an actual wotaku, which means nerd in English. It started as a webcomic and became famous as soon as the book was released. Most of the wotaku woman and men loves the story. The story is based on wotaku people enjoying their life and falling in love. But do not forget that is is a comedy so every second there is a scene that we could laugh. It may not be a good story, but it is definitely enjoyable to watch.

Fans were waiting for the next season for years. Every person who loves anime and games at least once watched this show. It has a good storyline and the author keeps making us want to read more. The animation company had delegated design and unbelievably cool light effects. We could watch the fighting scene forever. It also wants us to go to the virtual world. The third season will be about the main character going into the virtual world where he goes to save his girlfriend who is captured. While he is in the world, he makes a best friend. They two will team up and try to save the girl. The best point is that it will end the way that no one would imagine.

This is the best selling hit book and I personally loved the story. The music was coming out from the book. This was the book that had to be animated. The story is about two boys who both love the piano, and they two found a piano in the forest. The protagonist, Kai, has amazing piano skills but never had a chance to show it. The story is beautiful and full of light and music. It is also fun checking how the two boys change in their own way. It had been a movie had a big hit. Since the book ended, it will be an animation and come back on screen. Every children and adult will love the story.