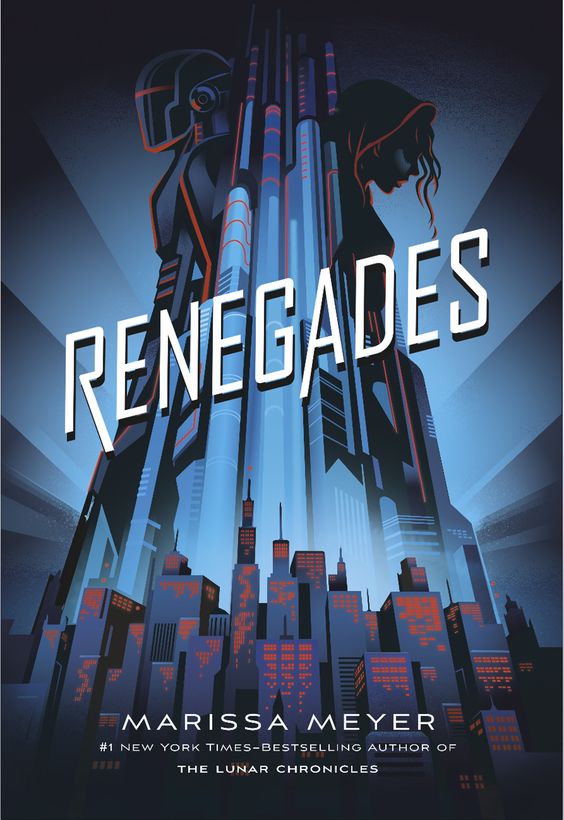 An American mythologist, Joseph Campbell, once said that “a hero is someone who has given his or her life to something bigger than oneself.” Marissa Meyer, an American author, wrote a novel, Renegades, about people dedicating their lives to something greater. But her novel doesn’t necessarily focus on the heroes. In her superhero novel,  she divides the two sides of good and evil as “Renegades” and “Anarchists.” She tells the story of Gatlon City and the challenges it faces, as well as showing a new interpretation of an everyday superhero story. Renegades is an incredible work of fiction because it highlights a new perspective and addresses issues relatable to all audiences.

In most stories, the protagonist is a superhero that wants to save the world. In Meyer’s work, her main focus is the villains. The story follows the Anarchist Nova Artino. When she was young, her parents were murdered, and she was taken in by her uncle – the leader of the Anarchists. Nova is an interesting character having already been established as a villain in the first few pages. Her view on life is different from a normal protagonist. Nova does not see things through a positive mindset. Instead, she sees everything with a negative connotation. She puts everything into perspective and expects everything to go horribly wrong. “There was potential for evil everywhere, and … nothing would change so long as the Council was in charge” (Meyer 547). Showing a new point of view helps the reader step into someone else’s shoes, and see things in a new way, not only for the book but in life. Being able to understand the opposite side allows for growth within a person. Not only does the author show a new perspective through the reader by showcasing the villain as a protagonist, but she also shows Nova understanding the Renegades. This ultimately leads to her growth as a character. In society, it is very hard for people to see another’s opinion and understand them. Meyer shows Nova as being prejudice in order for the reader to fully comprehend the perspective of society. A book that can relate its own society to the society of the world is a success.

All audiences can connect with the topics touched on in Renegades, causing the novel to be enjoyable. Nova faces many challenges over the course of the 552 pages. The biggest struggle she faces is the internal struggle between good and evil. She was raised by the Anarchists, and her life goal was to take down the Renegades. But as she starts to understand her misinterpretation of the Renegades, she realizes everything is not so black and white. Almost everyone has, for lack of a better term, “judged a book by its cover” and been horribly wrong. Choices in life are not always between right and wrong. Nova struggles with finding her own morals when she was raised with a particular mindset.”During her time with the Renegades, Nova had started to lose herself” (Meyer 547). In society, people are born into a family with biases. For the most part, each child is a product of the family that raised them. Democrats become Democrats. Republicans become Republicans. It is a never-ending cycle, but what is very rare is for someone to break away from their “normal.” As Nova begins to understand the Renegades as people rather than enemies, she is forced to confront her old morals and build new ones. Establishing what seems like a completely new identity is difficult to do when one’s family is against them. It takes people years before they truly accept themselves. Throughout the novel, Nova experiences the same struggle of many individuals. Renegades is a compelling book because it deals with issues many people have experienced.

Renegades is an incredible work of fiction because it highlights a new perspective and addresses issues relatable to all audiences. Everyone enjoys a hero that does the right thing. But if it is true that a hero is someone who has given his or her life to something bigger than oneself, then who is to say that the villain is not the hero?