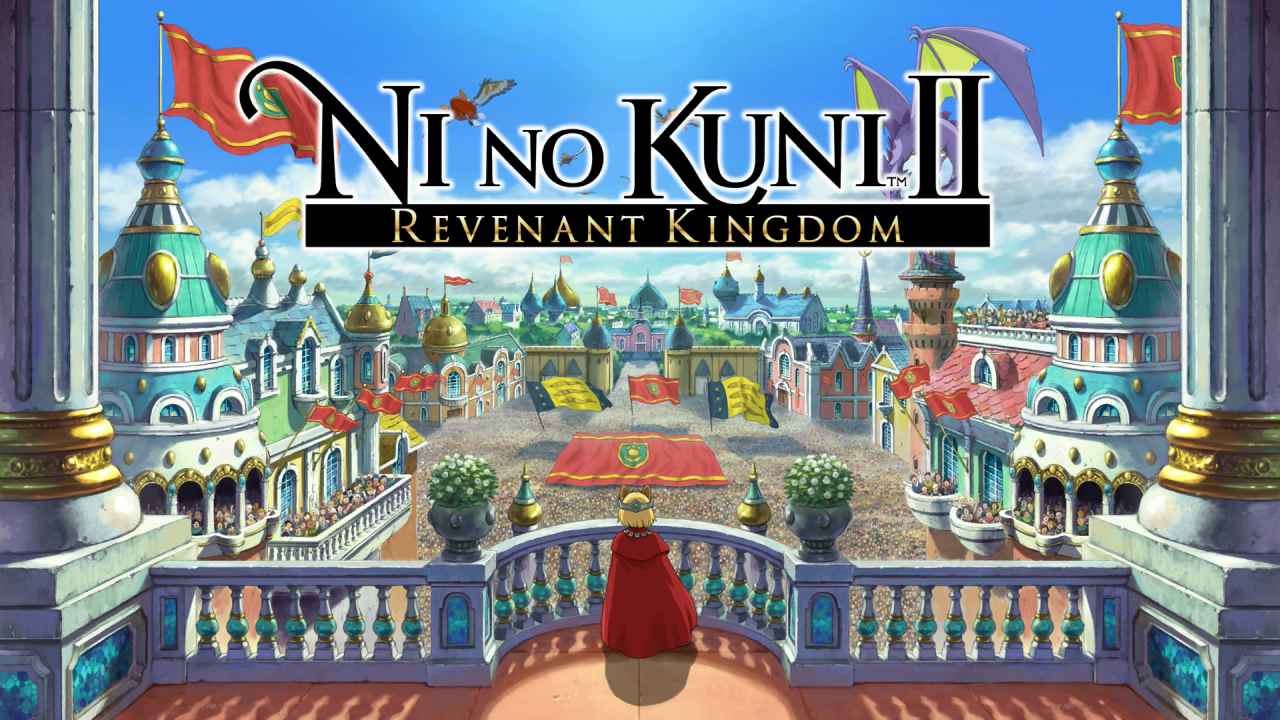 Sitting on his throne looking over Evermore, Evan Pettiwhisker Tildrum is somewhat thankful, though still angered, for the coup d’etat that allowed him to make new friendships.

Ni No Kuni 2 is a game that acts more as a way to pass time quite fast. Many times one may find themselves enveloped in the sheer fun that this game can be. The story, its combat, and almost everything in between makes it stunning. This game really shows how well Level5 can make intricate and incredible games laced with lore and side-quests.

This game being a JRPG (Japanese Role-playing Game), combat is a massive component of the game’s story and player progression. Though the main arena combat of the game feels basic, there are many things added in, such as the Higgledies, that give the game’s combat a lot of depth while still making it easy for newer RPG players to understand.

Another great thing about the combat is that it rewards XP all throughout the party. This is a very helpful mechanic, for players are only allowed to have three characters in combat, but many more in your party. This almost deletes grinding (Fighting monsters solely for XP) entirely, so the player can just focus on the main story and the sidequests instead of endlessly battling monsters to gain levels.

Even with how much work has been put into the combat, the art is even better than the stellar fighting mechanics. The combination of 3d and 2d animation really shines through in the cutscenes and gameplay. With the bright colors of the characters contrasting against the much darker environmental backgrounds, the game is rather easy to read. With the beautiful art, the graphics never detract from the story or the next objective. Instead, they make those things clearer to the player.

Overall, the exploration of this game is well executed. Making certain abilities you get along the way applicable to segments that took place before attaining said ability, allowing for impressive rewards if one is willing to backtrack ever so far.

The story of Ni No Kuni 2 is a simple and slow-paced good vs. evil story. A young prince’s castle is attacked on the day he was scheduled to become king. With the aid of a president from Earth, Sky Pirates, and people they meet along the way, the prince Evan Pettiwhisker Tildrum shall rule over a new kingdom while defeating evil.

The story starts off with a bang, but the game moves much slower than its beginning. Even with slower gameplay, jumping in and out of combat constantly, the pace feels as though it is only boosted to be better with such gameplay. If the events of the game happened quickly, the story would seem much too fast and the world would not appear to be as fleshed out as it is. The gameplay helps the story by letting the player talk to NPCs and participate in sidequests, letting the flow of the game feel natural instead of forcing a story that takes over gameplay.

The controls and camera movement of this game are not all too practical. Playing the PC version may cause the player to map out the controls manually so that the controls feel much better.

Besides the controls, there is another thing that Ni No Kuni 2 does suffer from skirmishes. Skirmishes are battles reminiscent of real-time strategy games in which the player must control chibi looking characters on a battlefield. The mode feels a lot like something tacked on at the last moment, having very little depth when compared to the game’s main combat.

Even with these criticisms, such things are only minor when it comes to the overall game. With the stunning visuals, story, and interesting gameplay, Ni No Kuni 2 deserves a solid 932/1000.