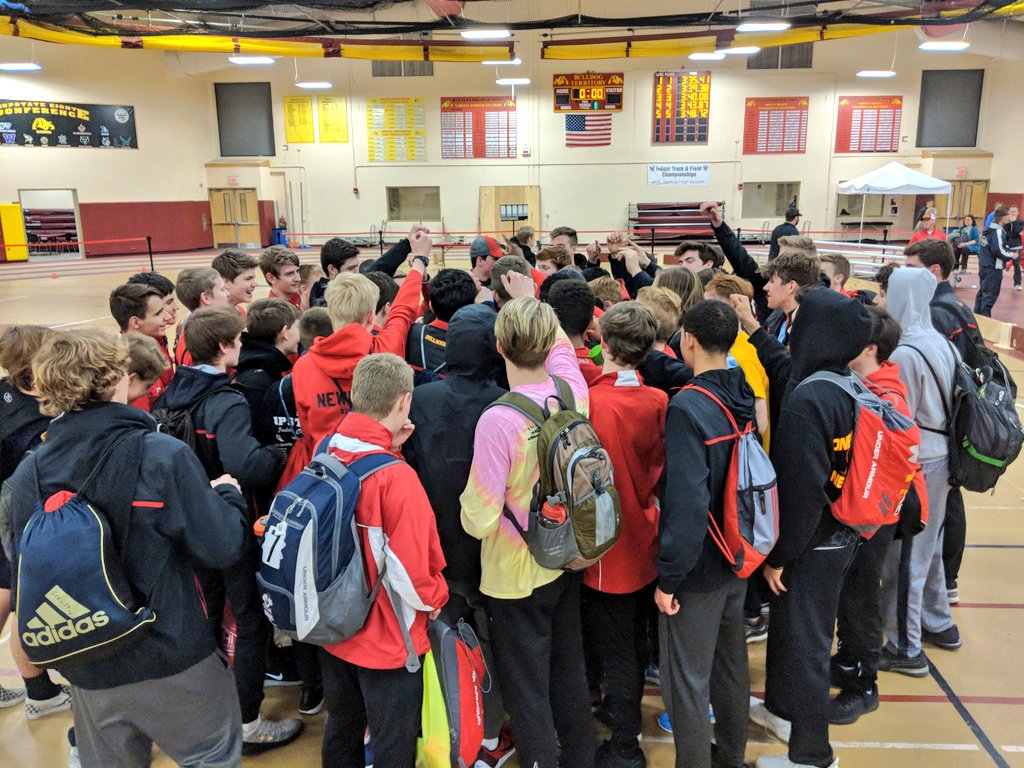 This Batavia victory was bittersweet, though. This will be Batavia’s last year in the Upstate Eight Conference. Leaving along with Batavia will also be Geneva and the two other St. Charles high schools.

Led by Tori Ortiz, the girls’ varsity team placed second at the meet, with the team only falling ten points behind the defending champions West Aurora with a 124.5 to 114.5 loss.

“We have a lot of talented kids that love what they do and love to improve,” said senior Sean Adams, who ran the 800-meter and 1600-meter events. “There is also a heavy sense of friendly competition between a lot of the guys on the team, as we all are good enough friends to where we can poke fun and challenge each other in workouts and races. You see track athletes practicing in the field house from November all the way up to the start of indoor in February which really shows the dedication which is a big part of reaching our potential. We also have a fantastic coaching staff who is always pushing us to be at our best.”

“There are always athletes who show potential to be at a high level,” Hillman said. Whether they realize and achieve that potential is up to them and the amount of quality work they are willing to put in. There are many variables in play throughout any level of athletics that impact the athlete’s path to reaching their potential. Their ability to navigate that path is all part of the process. There are ‘stars’ in every class, including the freshman. Whether they reach that potential is a long process, especially for a freshman.”

Additionally, when asking Adams about how the coaches and other athletes hold him and other players to higher standards he said, “Through training everyday, you create a bond with your teammates and coaches. If you have a bad race, you know they feel just as upset as you do, and when you have a good race they are right there celebrating as if they feel the exact same emotions. They all know what it’s like to win and to lose, so with everyone behind you like that during a race you can push grind it out because you know you are letting them down as well as yourself if you fail.”

The Batavia track team is an overall successful group based on their stats, coaches and players believe in each other and the other athletes as seen in quotes, making the team an overall tight-knit group. Also, making the achievements that more special. Batavia’s track is winning events and topping categories at an extremely rapid rate.

“We all know each other very well which creates a fun atmosphere in races and practices,” Adams said. “In my experience on the distance squad, it’s almost as if our whole varsity squad are all brothers, and it shows. The teasing and bickering and little inside jokes take the pressure off the hard stuff and makes it seem like a big joke instead of some immense challenge, which I think is a big part of our success.”