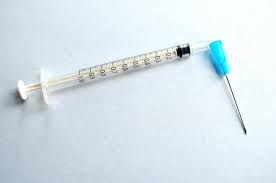 So many people know the feeling all too well. Getting up, only to find that they are sick. Yet, something is different this time, something much more atrocious than a normal disease has overtaken them. Even with advances in medical science, people still protest one of the most effective ways to stop many illnesses: vaccinations. Even though there was a flu virus outbreak earlier this year, naysayers to vaccines still are wrong for saying no to one of the most beneficial medical breakthroughs. If vaccines become mandatory, more research can be done, and maybe simple diseases like the common cold can be deleted from the planet.

Vaccines can protect one’s health and keep them from contracting horrendous diseases that plague the globe.

According to the American Academy of Pediatrics, vaccines have the ability to be 90-99 percent effective preventing diseases. This means that if one were to get a vaccine then they would be only exposed to diseases that the vaccine does not protect from. Vaccinations not only prevent many diseases but having mandatory vaccines would ensure that society decreases diseases. Vaccines have eradicated some of the cruelest illnesses such as polio and smallpox from the U.S.A. But, that does not mean that they have been cleaned from the Earth. The CDC states “Since 1979, no cases of polio have originated in the United States. However, the virus has been brought into the country by travelers with polio. The last time this happened was in 1993. It takes only one traveler with polio to bring the disease into the United States.” Which is just another reason why vaccines need to be mandatory, so those diseases do not come back.

Vaccines are rather cheap, not only financially, but also emotionally, as in mental well-being.

This is proven by the Center for Disease Control, which states that having the flu for eight days can cost parents 11 to 73 hours of wages, and 3,000-4000 dollars in medical expenses. If that flu were to be vaccinated, then the parents would not have to pay so much for their child. Despite the recent flu outbreak, these vaccines are still effective and continue to be. For people who are less fortunate, the vaccines can still be available even without a copay. If severe influenza were to impact a low-income family, that family may not be able to stop it due to the expensive medical costs. But if their child was vaccinated, then the child would survive that illness.

Another way that vaccines have a low cost is that they protect families, causing less emotional cost. The U.S. Health Services Department did a study of a measles outbreak in Los Angeles in 2008. It was found out that due to a few children contracting measles, much of the city also acquired measles, with 20 cases reported early on. With required vaccines, dangerous illnesses would not easily plague cities like the measles did in 2008.

Vaccines are rather safe to use, only causing problems in the rarest of cases.

This has been proven by the American government’s requirements for testing before putting out medical drugs. A vaccine must be thoroughly tested by the FDA (Food and Drug Administration) and then has to be recommended for use by the CDC (Center for Disease Control). Only after that is a vaccine to be allowed to the public, but then the vaccine must be monitored as to how it affects infants, children, and adults.

This system of monitoring the medical drug has many organizations overseeing it and making sure that the vaccine passes all of their standards. These organizations each supply different data for a fully comprehensive analysis done by parts of the American government.

With all this research, it is evident that with mandatory vaccines, there would be a safer society, less at risk of damage to its health. Without vaccines, what would have become of horrendous conditions, such as polio or smallpox? If vaccines are not implemented in society, what can save us from disease?