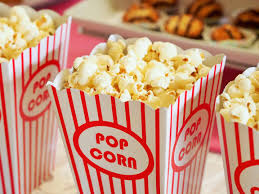 1. What is your favorite part of going to the movies?

A. The movie, duh

B. The interesting people in the theater

3. If you could have any pet, what would it be?

A. Something to be my best friend, like a dog

4. How old were you when you started watching movies that were rated R?

B. I still don’t watch those movies.

D. I grew up watching those movies.

5. Which theme park do you prefer?

6. Which sport do/would you play?

7. Which of these would you read?

A. Any Marvel comic

B. Any Nicholas Sparks book

A. Yeah, but why’s he in so many movies?

A. Sometimes, but depends on the disaster.

B. No, they give me anxiety

This film is one of the most anticipated movies by Marvel fans. It is a crossover of several Marvel universes and has a huge cast with over 20 super heroes as they face their hardest world-threatening challenge yet.

This romance film is about a teen named Katie who suffers from a condition that is sensitive to sunlight and she can only leave her home at night. One night, she is asked out by her long-time crush, Charlie, and struggles to maintain a normal life with her new soulmate.

This action film is about a primatologist named Davis who shares a bond with a gorilla, George, who he rescued from poachers. But when a genetic experiment on George and a group of other animals goes horribly wrong, Davis must try and stop the mutants as they wreak havoc across the country.

This horror film is about the struggles of the Abbott family who are forced to live a world of silence after creatures from an unknown origin have wiped out most of the human race. These creatures are sightless and hunt by their hearing ability and although the Abbotts communicate in sign language, they still face many challenges.