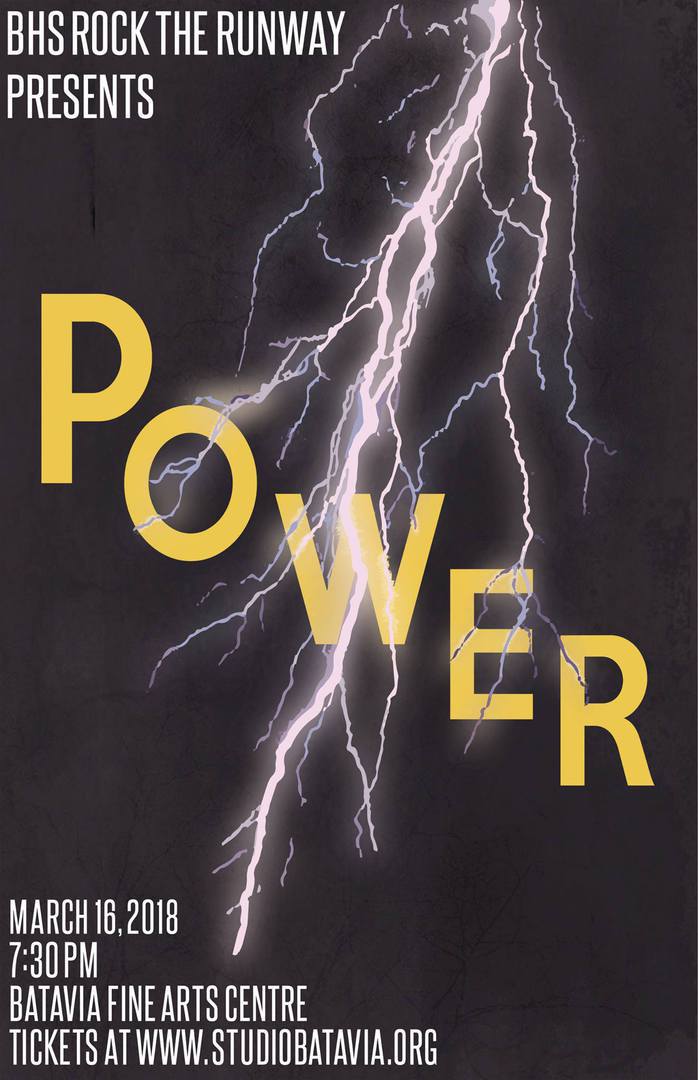 On Fri, March 16th, the most artistic students in Batavia high school participated in a fashion show competition called Rock the Runway. The winner’s name was Preston Williams, the first freshman winner to ever win. All pieces were made out of a variety of items, supplies that would never normally become a dress, all of which need a place to go after the fashion show.

“First the dresses go to the salon, who did the models hair, and they keep it for a while,” said art teacher Dawn Zalkus. “There is no certain amount of time when the dresses come back. The dress will be in the display and most of the dresses go there and stay for a while. Then it will be in the school display. Finally, the artists get back their piece. When the artist gets their dress back, some artists throw it away, some let it sit in the garage, some actually use it. There are few kids who keep the dress and use it as a portfolio for college and let it go afterward.”

In the show, there was clothing that was hard to keep condition and not every clothing could be in its perfect shape forever. Some dresses were too big to bring back home and some were too delicate to treat. There are dresses that couldn’t make it through to the salon, which goes back to the artist quicker than the others. Sara Dutchman, who won the accessory prize in Rock the Runway, asking what artists actually do when the dress comes back.

“I’ll definitely keep my dress,” Sarah said. “I’ll maybe enter my dress into a competition in summer since it was a summer dress.”

Her dress was made out of seashells and blue rocks. It was simple but dynamic and it was well created. The accessory she made which won the first prize was like branches and new and was unlike any other accessory.

The dresses were made out of candy, paper, iron rubber and so on. Various lights were used and music played that matched the dress. The show took place from 7:30 pm-10:30 pm and had a 30-minute break. Every person was holding onto their tickets and cheered for the artist or model. Out the B-wing, people were passing out free cupcakes and other art pieces were hung on the wall. During the break, the artist and the model lined up the hallway to get votes.

The dresses are now kept in the 3D art classroom (D115), taken care by Zalkus. If you take a look, it is at the right corner in the classroom. Interested students may be able to take a closer look at the dresses now.