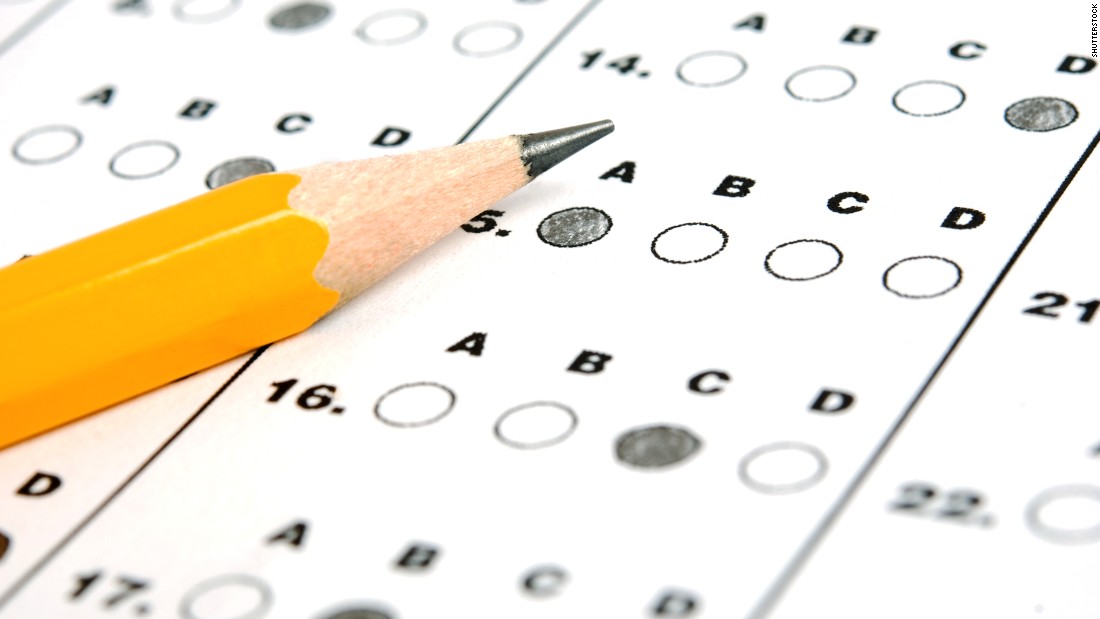 By Karlee Rindt
When you hear about the SAT what comes to mind? Do the words pointless, dreadful, and time-consuming come to mind because those are all accurate definitions of the test. Most students probably know that the SAT has recently become the most widely used college administration test. Also that it takes practice and money spent on prep classes to increase your score.

According to Business Insider, the college board makes a yearly revenue of more than $750 million just off the SAT. To truly succeed on the test, it takes not only the understanding of skills students have learned throughout school, but also an understanding of how the test functions.

The SAT prep classes ensure the realization that the test is set up for students to fail. The college board sets up the test how they feel it should be put together, which means every question is suppose to be confusing. All the answers present are supposed to be there. They are not random, they are answers one could find when making a simple math mistake or misreading a question. This information may seem self-evident and make it seem as though the SAT is an appropriate judgment of whether or not a student gets accepted into college, but it isn’t. This one test that determines where a student goes to college is not even based on their academic ability. The test is based off how well a student knows the tricks and secrets to answering each question correctly and efficiently. It’s based on how many hours a student spends practicing the tips given to them, in their prep class, on top of their normal school work, sports, and job. It’s based off how well one’s brain can function during a four-hour test, with limited breaks. It’s based off how well a student can show their academic abilities under the pressure of time and the stress of knowing that this one test determines their future.

The SAT should not be the number one college admissions test because it is irrelevant to a students’ performance in college, it’s stressful and expensive. Some schools have begun to realize these flaws with the SAT and have changed their admission requirements. For example, DePaul University in Chicago has been a test-optional school for six years now, which means students can choose whether they send their SAT or ACT scores in when applying. After calling their admissions office and asking why they became a test-optional school, the admissions counselor revealed the truth about the SAT.

“After our administration’s board looked at all the data, numbers, and research related to the SAT, we found that there are noncognitive variables in the test that determine a student is ready for college or their success in college.”

“We pay attention to all the other usual stuff. We look at a student’s GPA, transcript, and community service, but if a student chooses to send their application in without their test scores we look for a stronger GPA,” the DePaul’s admissions counselor said.

“The test gives some portion of what a student knows and can do, but I don’t think it tells the whole story,” Shields said. “I understand why colleges and universities would want that information, but I think that a growing number of schools no longer consider the ACT and SAT scores.”

This is true. According to Testfair, there are over 300 hundred test-optional colleges and universities as of now and the number continues to grow.

Shields had a good point, that the SAT is an efficient way to accept students into college, but it is not effective. When you think about that from a student’s perspective it sounds as if the college board is putting us through an insanely stressful and ineffective test because they are too lazy to look deeper into a student’s high school achievements. Also, what does that say about the students they let into college? The SAT is one score coming from a test that a student sits down and completes in four hours. The score comes from the practice not the true academic ability of a student or the character of one.

Sam Juarez, a junior at Batavia, was asked if she felt the SAT was a good judgment of a student’s academic ability.

“I don’t believe the SAT is a good judgment of one’s academic ability because students, along with myself, are not the best test takers,” Juarez said. “I feel making students sit a classroom for four hours with a few breaks shouldn’t be how someone is tested on what they know or don’t know. Along with that, everyone’s abilities are different. Some learn and test in different ways so making everyone take the same test isn’t always the fairest thing to do.”

Having the SAT determine where a student can and can’t attend a college is limiting their mind and abilities. Students should have a fair chance of being accepted into the school they wish to go to and feel will benefit them the most in their future career. Limiting this decision within a test that does not even determine a students success in college is cruel.

“I understand why colleges use test’s like ACT and SAT as a test to see if students are ready or not for college,” Juarez said. “However, like I mentioned in the last question, if students are good at test taking, a college shouldn’t determine whether or not they should get in based on the scores. Some students are excellent in the classrooms but might not have the best scores and those tests shouldn’t define them as students.”

Due to research about the significance of the SAT, the college board should rethink their admission requirements. The stress that comes with the SAT is only making school more challenging than it already is. This test should not be important in a students career as it is a poor judgment of what a student can do in and out of the classroom.