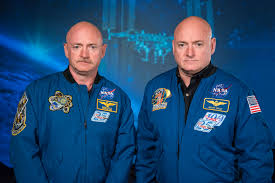 Throughout 2018, many interesting and occasionally concerning news stories have come by, but one thing that is quite overlooked and can be a hopeful topic is all of the interesting events happening in science. Whether it be technology, zoology, geology, or some other branch of science, it is likely that there have been breakthroughs and discoveries occurring right under one’s nose. Here are three that may have been missed, but are quite intriguing and important to this year in science.

Back in 1987, there was something noticed in DNA called CRISPR, which are repeat sequences in DNA that shared common features. With this discovery, it was possible to have ways to edit DNA that would heal many patients of their ailment and could even be the next step in destroying cancer. In 2018, this process has been in usage in China, where quite a few patients are being cured through the editing of their genes. One of the first to use this method was a doctor named Shixin Wu who cured a man’s esophagus cancer. The success of this surprised Wu and he is willing to write a book on all of the CRISPR treatments that he has done and will publish it on an unknown date. Having gene editing techniques not only could help with cancer patients but also people with other diseases such as Alzheimer’s. Despite its use in China, only one CRISPR study has been approved in the United States. In addition to that, much of CRISPR research is being slowed and delayed by many research organizations, an example of one being Editas medicine. Even with delays, the future of health is near, and having CRISPR be used is proof of it.

On the March 9, NASA reported that the spaceflight of humans may alter their genes after looking over their twin study. This twin study was a separation of twins throughout one year in which Scott Kelly was separated from his brother, Mark Kelly. Scott Kelly was in space while his brother stayed down on Earth. Throughout the study, quite a few tests were conducted throughout the flight with both Kellys to know if anything altering happened to them during the mission. After Scott Kelly returned to earth, researchers at NASA found that 7 percent of his DNA altered from preflight status. Another finding of the study is that Scott Kelly’s body mass dropped; this finding coincides with another discovery of Scott’s body system. The finding was that his chromosomes grew slightly longer, specifically his telomeres. With all of this change in his DNA and how many mutations occurred, it can be confirmed that human spaceflight definitely alters genes and causes changes in the body system.

Jan. 3, 2018, two viruses that were well hidden under the radar, Meltdown and Spectre, were discovered. One virus, Meltdown got its name by how it “melts” security boundaries normally enforced by the hardware and bypasses them with ease. Spectre is called so because it is the virus that is much harder to fix and goes near unnoticed. These malevolent viruses affected almost every modern computer processor and cause vulnerabilities which make it easy and efficient to steal sensitive data in a computer system’s memory. Fortunately, however, Intel has announced that these viruses will be fixed as soon as possible and are working on updating processors’ chips to make sure that the viruses are stopped and wiped away from many systems. These viruses are so dangerous that they affect older systems that are still processing and Intel also needs to update those systems as well. Sometime later in 2018, a patch will be released updating Intel’s processing chips to fix the problem.