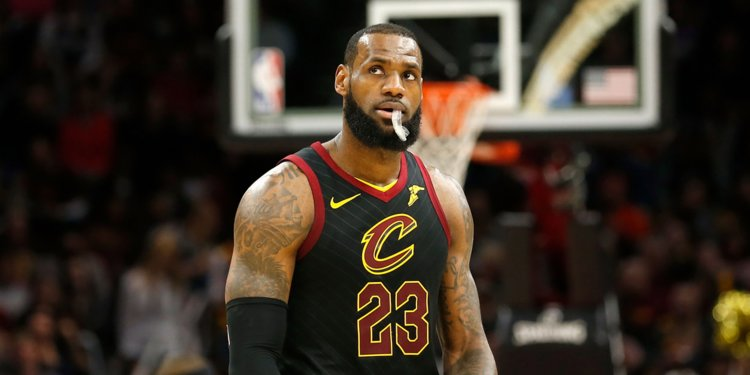 The summer is coming, which in the NBA means a lot of mayhem, chaos, and shocking events are about to happen, mainly due to the innumerable amount of trades. Some are described as foreseen while others are straight up appalling. There’s always that one superstar that has the chance to turn the league upside down based on his decision to either stay or join another team. He has the power to change each team’s success on having the opportunity to possibly win a championship. That specific individual this summer is LeBron James. James is set to opt out of his contract with the Cleveland Cavaliers and become an unrestricted free agent. Every team in the league is dying to find a possible way to bring James to their team whether by trades, clearing cap space, or losing the privilege to certain draft rights for certain draft picks. Whatever the case might be, every team in the league is doing everything humanly possible to bring James to their team. So, where will the king find his next throne?  Here are the most likely options.

¨There’s no place like home.¨  A possible phrase that the Cavs might use to extend their chances for LeBron to stay in Cleveland once more. James has brought many exciting memories to his hometown such as finally bringing a championship after a 52-year drought.

Depending on how far the Cavs go this postseason, LeBron might take his chances to chase another ring at home. The Cavs could make it work by making significant trades to stay more aggressive or grant James a five-year, max deal worth over $205 million.

First and foremost, James would be united with one of his banana boat crew members, Chris Paul. Second, with CP3 and 2017-2018 MVP candidate James Harden, the Rockets could form a trio that would do some serious damage not only in the West, but to the entire league. For LeBron, a trade to Houston would grant him the opportunity to claim enough firepower to match up with and hopefully overcome Golden State. However, in order for this to happen, the Rockets would have to give up some players or draft rights in order to clear up cap space for a max salary while also keeping the core of their team in tact.

Having two houses and owning a Hollywood production Company, SpringHill Entertainment, LeBron is already accustomed to the L.A. atmosphere. Additionally, having associated with Magic Johnson & Co. and young star-studded prospects like Lonzo Ball and Brandon Ingram, L.A. seems like a perfect spot for LeBron to increase his stature and his brand. With trading Larry Nance Jr. and Jordan Clarkson to the Cavs, the Lakers freed up close to $15 million in cap space this upcoming summer. If the Lakers stretch out Luol Deng’s contract to July, the Lakers will have around to $70 million in cap space resulting to $100 million in salary cap. Thus, the Lakers will have the chance to offer the max deal to LeBron while potentially bringing another max superstar such as Paul George, as well.

A move to Philly would bring a hot, sensational team to new heights. The 76ers are having one or the best regular seasons in franchise history, accomplishing a 52-30 record. With All-Star Joel Embiid and Rookie of the Year candidate Ben Simmons, LeBron should trust the process. The good news for Philadelphia is that three of their four highest-paid players left in July which means that they´re close to having a max cap slot. They might have to make a few trades here and there, but that shouldn’t be a problem due to that being the reason why Embiid and Simmons areare there the first place.