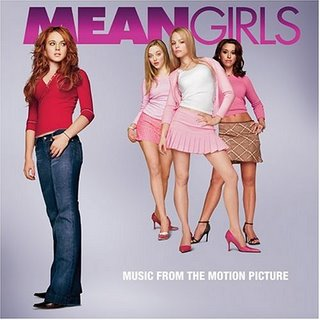 From thousands to memes and quotes, to trending Halloween costumes each year, Mean Girls is by far the most iconic teenage movie. Main character Cady Heron moved from Africa to start a new life at North Shore High. While there she meets “The Plastics” who openly invite Cady into her group… for now. The one takeaway from Mean Girls is “On Wednesdays, we wear pink.”

“As if,” Cher says in this other iconic film. Main character Cher rules her wealthy Beverly Hills High School. When new student Tai moves in, it is Cher’s mission to give her the ultimate makeover. The only thing in Cher’s way is her heart.

Main character Andie is an outcast at her suburban high school. Andie mainly hangs out with her boss Annie and quirky classmate Ducky. When a popular guy starts to fall for Andie, she feels like she is dreaming. Andie soon begins to question what is most important: popularity or happiness? This movie will take you through a whirlwind of emotions from tears to laughter but you will love it from start to finish.

Holly Golightly is a young and ambitious woman who just moved to the Big Apple. Holly is a socialite who loves glamorous parties and expensive accessories. She meets a young man in her apartment building and becomes very intrigued. The only thing in the way of their love for one another is Holly’s past. Holly is played by the prominent Audrey Hepburn and she does a brilliant job. Viewers will feel as if they are walking on the streets of Manhattan beside her.

Elle Woods seems to have it all: a glamorous lifestyle and a picture-perfect boyfriend. The one thing stopping Elle’s boyfriend from proposing to her is claiming Elle is too “blonde.”  Throughout the movie, Elle uniquely proves her intelligence and amazes everyone around her. With hard work and dedication, Elle gets accepted into Harvard. Although at first she is thrilled, she soon is in for a rude awakening.

Jenna Rink is over being treated like a child. On her 13th birthday, she wishes she could be “ Thirty, flirty, and thriving.” Jenna soon awakes from her sleep and sees her 30-year-old self in the mirror. At first, Jenna loves everything that comes with being 30 such as an apartment, job, boyfriend, and freedom. As time goes on, Jenna realizes that there is nothing wrong with being a child and she soon wishes she was 13 again.

Quirky high school student Ronald Miller rescues cheerleader Cindy Mancini. When Cindi accidentally ruins her mother’s designer clothing, he offers to pay for the damage under one condition: Cindy must pretend to date Ronald for one month. Although at first Ronald is very content due to upping his popularity status, he soon drifts away from his old friends. He begins to realize that close friends are more valuable than school status.

Janey, a talented gymnast, has always followed her father’s strict orders. When Janey moves to start a new life, she meets a new and carefree friend Lynne. For the first time, Janey decides to break away from her strict father’s laws. With Lynne’s encouragement, Janey enters a televised dance competition and from there the adventure begins.

Main character Baby finds herself on a boring vacation in the Catskills. She soon lucks out and becomes the resort’s dance instructors dance partner. Soon after they begin to fall in love, although, her father is strongly against the relationship. Baby, however, is determined to make it work and help him with his dance career.

This 1940s love story will make you laugh, cry, and all of the above. Wealthy Allie and mill-worker Noah meet at a summer fair and instantly fall in love. Noah soon has to leave to fight in the war and their relationship comes to a halt. Two years later when Noah returns back to his hometown, he discovers Allie in a new relationship. Although there are many hurdles along the way, they find their relationship to be anything but over.