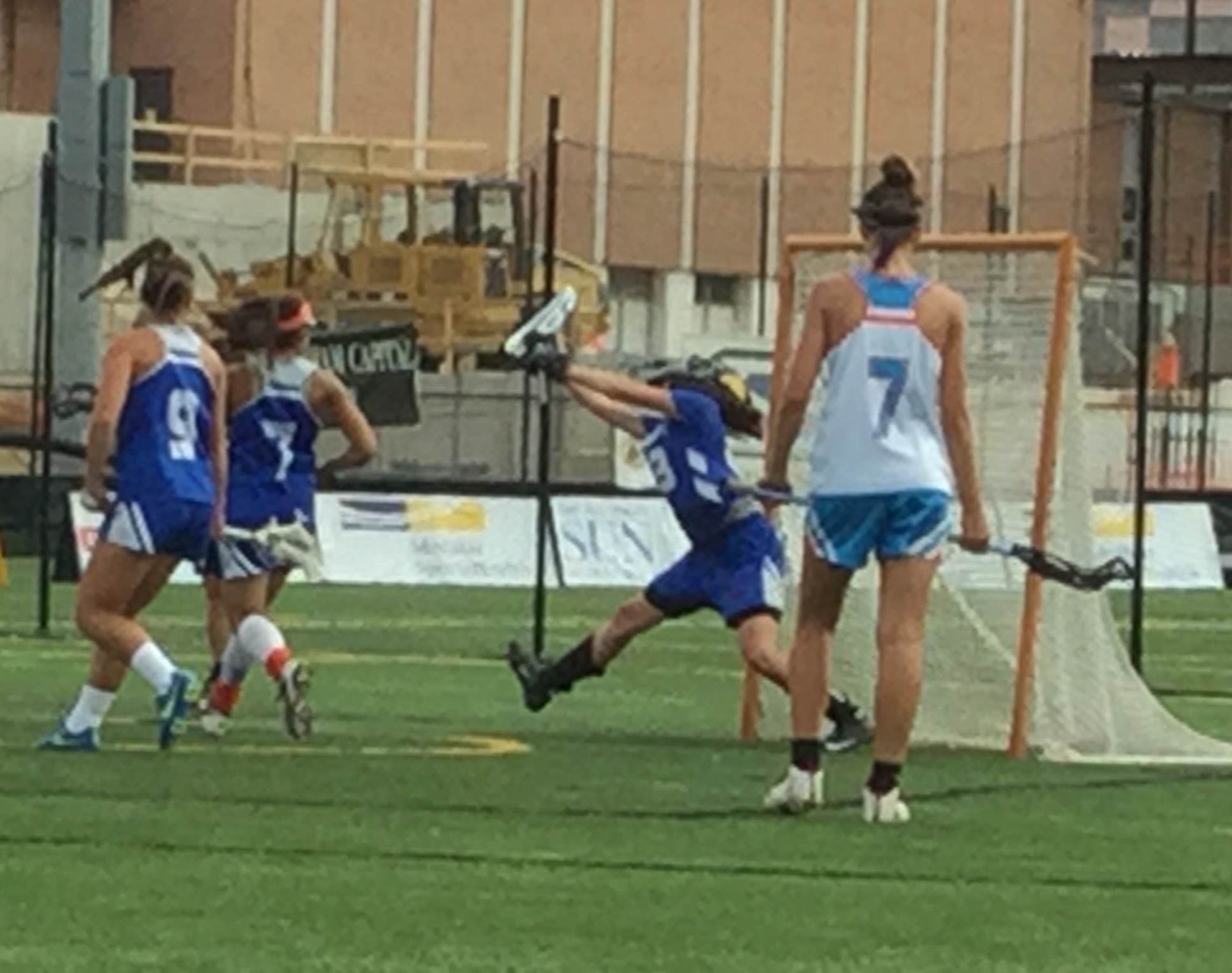 Shaye Fitzpatrick, a 16-year-old at Batavia High School, is the only female member of the school’s varsity boys lacrosse team. Lacrosse is Fitzpatrick’s passion and as she dedicates most of her time to the sport she doesn’t go unnoticed. As a sophomore, Fitzpatrick received a D1 offer from Duke University. Her dreams of playing girls lacrosse in college and attending Duke have become a reality. This year, as her junior year comes to an end she hopes to finish this season strong.

Q: How did you become a member of the boy’s team?

A: Originally I wasn’t going to join the team but my freshman year one of the coaches reached out to me asking if I wanted to join. I attended my first practice and have been playing ever since.

Q: Do you feel as though you’re at a disadvantage being the only girl on the team?

A: Not at all, sometimes the change of pace from girls to boys is a little hard to adjust to but I get treated just the same as the boys so I think I have an equal advantage to any other player.

Q: Has it been challenging to adjust to the rules of boys lacrosse vs. girls?

A: It definitely took a little bit, but in my position, there isn’t too much of difference. I love the faster pace of boys lacrosse and the increased contact, it’s different but I love having both perspectives.

Q: Do you feel playing on the boy’s team has increased your skill level?

A: For sure, The boys game moves much faster so it has made my hands a lot quicker which translates over very well to my girls game. I also have to make decisions a lot quicker because the boys game is a little faster which helps me make good decisions in girls lacrosse.

Q: How do you feel about receiving a scholarship from Duke?

A: I feel honored, Lacrosse is not super popular in the Midwest as compared to the east coast so it’s very hard to get seen by big-time coaches and teams. I am so lucky to have the opportunity to continue playing the sport. I have an amazing coaching staff at an amazing school.

Q: Are you excited to begin your lacrosse journey there?

A: 100%, it’s going to be crazy to play alongside some of the best lacrosse players in the nation and I can’t wait to be challenged and pushed to be an even better lacrosse player.

Q: Do you have any concerns about your scholarship?

A: Not really, I trust the coaches and am extremely thankful for their generosity!

Q: What do you believe made you stand out to Duke as a player?

A: It’s hard to stand out as a girl’s player in the midwest as I had mentioned before, there are a lot of skilled players out there, but I believe I stood out because of my commitment to the sport and the long hours I put in bettering myself as a player. This hard work allowed me to showcase myself well and be a confident player on the field which is what most likely made me stand out.

Q: How long have you been playing lacrosse?

A: I have been playing lacrosse since sixth grade, so about 6 or 7 years.

Q: What do you think it takes to receive an amazing scholarship offer, such as yours?

A: It takes a lot, the most important thing by far is work ethic. It takes an extremely persistent and determined person to push through the inevitable setbacks that come with being an athlete, and this resilience is what puts you in the position to be offered great opportunities such as an athletic scholarship.