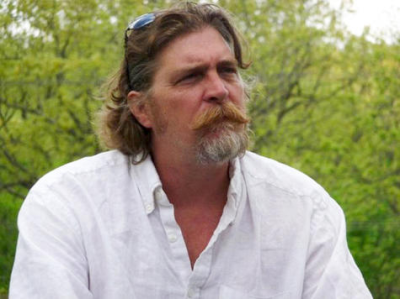 Dryden is a well-known name in the Batavia High School community. Though it was a name shrouded in controversy towards the end of his teaching career, John Dryden was a beloved teacher according to colleagues and students before he made national headlines for his debatable teaching style.

Dryden retired in the fall of 2014 after being criticized by the school board for showing his students a controversial video about 9/11 and telling his students to be careful how they answered the questions on a schoolwide survey about their social-emotional perceptions (in order to avoid incriminating themselves by utilizing the fifth amendment).  Additionally, Dryden says the school required him to submit his daily lesson plans, and limited him to only using sources that were approved by the school board.

Throughout all the criticism, students and parents alike rallied to get Dryden out of any punishment that may have followed his decision to inform his students of their rights. The survey given to his class included questions about drug and alcohol use. Immediately following the survey, which was to be used as a “screener” rather than a diagnostic device in order to discover which students may need additional guidance, Dryden was suspended without pay by the school. Online petitions began to pop up, one of which gained 9,419 signatures in support of the history teacher.

Almost two years later, the reprimanded teacher, with 21 years of instructing experience, was elected for a position on the school board with ease, gaining the most votes. He was even endorsed by the Batavia Education Association. Dryden is much more than his record shows. He is a friend, role model, and family man, according to those close to him.

Aside from his widely debated past, Dryden is described by his friends as a “fun man to know (who is) full of stories.” He is also said to be very involved and informed about his community.

“Mr. Dryden has been involved with a Theatre Troupe with my wife and friends, Troupe Strozzi,” said BHS social studies teacher Matt Holm.  “He leads it. He helps with small businesses in town, like the New Book Shop. His Bernie’s Bully Dogs has taken off. He led a rally for the Bernie Sanders campaign in town.  Obviously he serves on the school board. John is very active — and will continue to be — he thrives off the involvement.”

Bernie’s Bully Dogs is a hot dog cart he runs with his wife. He also bartends, enjoys traveling, and planting in his garden. However, being on the school board takes up much of his time.

“ I think he cares tremendously about kids and about the community in general,” said Scott Bayer, a wrestling coach, social studies teacher, and long-time friend of Dryden. “He believes in the value of education and he believes in having a district that works hard for its students.  He cares deeply about his role as a board member.”

Overall, Dryden thrives in his role on the school board. Ironically, the history major has also made local history himself.

“One of his graduate papers served as the historical backdrop to getting the monument erected in the East Side Cemetery dedicated to local African American soldiers in the Union Army (in the Civil War),” said Bayer.

Aside from being involved in the Batavia community, Dryden has also involved himself in other communities, especially those in need. He has empathy for others, which showed through during his efforts during Hurricane Katrina in 2005. Bayer said Dryden spent his own time and money to aid in the rescue efforts along the coast.

During his time as a teacher, Dryden dedicated himself to making a welcoming learning environment for each one of his social studies students, according to Chris Lowe, a colleague and another member of the school board.

“He does his best to foster independent, critical thought,” Lowe said. “He is deeply concerned with students’ rights and wants all students to be aware of what those rights are. Mr. Dryden has tried to create engaged citizens who will work to make our world a better place for all.”

Though he currently enjoys his position, Dryden misses a lot of the old aspects of his job. One of these aspects is student interaction.

“I gave up my relationship with the students. It wasn’t an easy decision to make,” Dryden said. “I hope, as a board member, that every decision I make has a positive impact on students, but the relationship simply can’t be the same.”

One of the traits Dryden is known for is challenging students’ opinions and asking them to draw their own conclusions. Many of his previous students agree that he taught them to not believe everything they hear, and he made an impact in their education.

P. Rodgers, a student of Dryden’s in the 90’s, writes on a teacher rating website, “Best instructor to this day. He made the information “real” which attached emotion to topics most fall asleep just thinking about. Thank you Mr. Dryden. I owe you much.