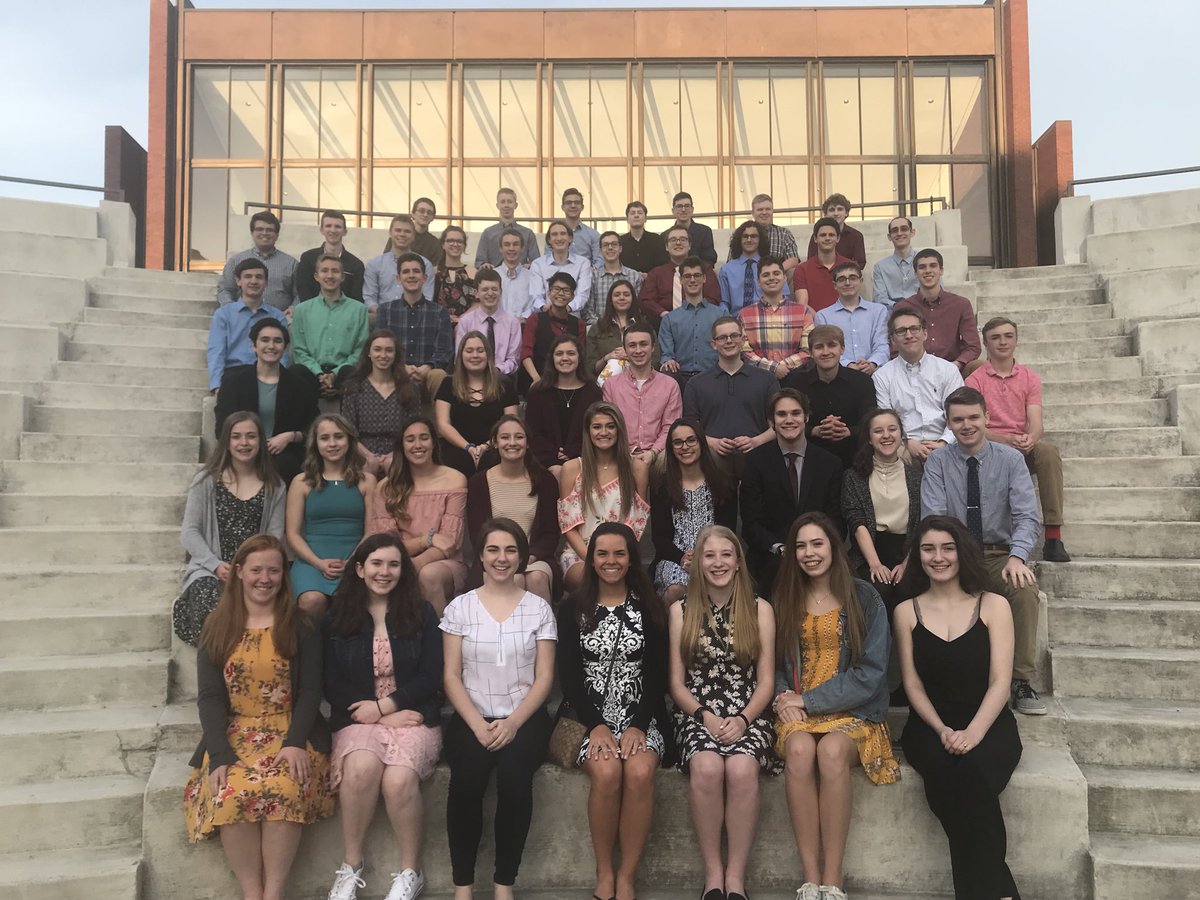 Krannert Center glows under the highly vaulted ceiling’s bright lights.  The hall has an open atmosphere, seemingly inviting to the students of Wind Symphony, Batavia High School’s highest-level band. On Friday night, May 4– the night before their big performance– they stream through the doors and file into rows of seats to watch other schools play. They are to perform at the Illinois SuperState Concert Band Festival in Champaign-Urbana the following morning.

The festival is an accomplishment for Illinois bands– BHS’ Wind Symphony was one of six to be accepted for the category of 3A bands. Bands across the state send in audition tapes to be judged by the University of Illinois. Wind Symphony has been applying for over 10 years.

Last year was the first time in over 15 years that the band had been accepted to perform.

“Last year it was 100% a shock,” Owen said. “It was a realization that we had to be really good. We all pushed a little harder than we had before.”

But the band was not guaranteed to be accepted again. This year, they submitted audition tapes from their performance at the Illinois Music Educators’ Conference in Peoria, where they performed last January. They rehearsed extensively for the performance, practicing all fall and winter.

Wind Symphony’s performances take a lot of preparation, according to those involved. Students rehearse every other day during class and have two-hour night rehearsals almost every other Wednesday during the winter. Many times they invite guest clinicians to listen to the band and give them feedback. Senior flutist Grace Gerardi cites these as some of her favorite rehearsals.

“Sometimes we lose sight of where we can improve,” Gerardi said. “Clinician rehearsals are always really refreshing because you get to think about the music in a different way.”

The intensity level also changes depending on the season.

“During concert band festival season in the spring, everything shifts into gear,” said piccolo player and flutist Nora Carr. “We really dig into the music.”

But the band doesn’t mind spending so much time together. Over the course of the year, they’ve gotten to know each other well and have become, in the words of Gerardi, a “tight-knit group of people that genuinely love music and have a genuine affection for each other.” Before and after important performances, they take time to share what the music and band mean to them. Many students report the feeling that this is an emotional, secure space for them.

This is a big change from what the band used to be. Aidan Meadows, a senior trumpetist in his third year with the Wind Symphony, says that the band “never used to sit down and talk and cry.” Owen himself is famous for his moving, emotional talks. The band can often be seen lowering their stands during class to get a better view of the directors standing on the podium, tying their own personal stories into the music. As Owen or VanKley talks, the students smile at each other across pages of music and rows of chairs. They take time to laugh and occasionally cry together.

The band has also progressed musically.

“I don’t think we were ever at the caliber of a band that would regularly go to SuperState,” Carr said. “Now we’re a lot more competitively focused, and we’ve grown a lot in terms of music and attitude.”.

Owen cites an increase in commitment as the cause, explaining that the respect of every student for their band and peers is what makes the band work.

Wind Symphony’s 2018 SuperState repertoire consisted of three pieces: Huntingtower by Ottorino Respighi, City Trees by Michael Markowski, and Rocky Point Holiday by Ron Nelson. The pieces are very different and were chosen by the directors to complement each other.  Owen says that if you ¨just listen, every band [at BHS] plays better every year. We perform literature that challenges them in different ways.¨ Although they did not win the competition, the performance was a meaningful learning experience for both the students and the directors.

Despite the challenges, the students feel ready as they warm-up before their performance on Saturday morning. Their fingers fly across the buttons of the instruments, and some take meticulous effort in pulling at the pieces to fix tuning issues. Several minutes are taken to allow students to share their thoughts. The band– which is mostly made of seniors– shares their gratitude for the program.  The directors give their last emotional speeches before showtime, prompting sniffling and smiles throughout the room. Finally, it is time to take the stage. There are hugs all around as the black dresses and suits walk confidently through the stage doors. They are once again under the bright lights, but this time they are ready to begin their own performance.