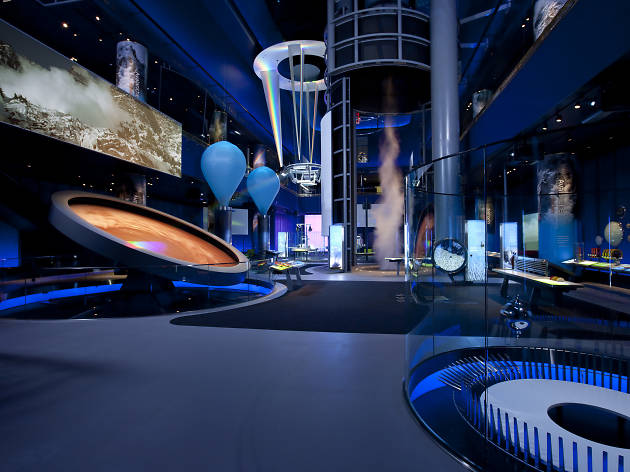 On May 5 Batavia High School held their annual prom celebration at the Museum of Science and Industry. Every year the school tries to switch up venues so that each experience is unique.

This year there were approximately eight hundred students at prom, and according to Lauren Heidecke,“That’s a BIG prom!”

This year Batavia sold out of tickets, which also happened two years ago, but they did not offer as many tickets as this year. This year’s prom had a lot of hard work put into it, and none of it would have been possible without student council and its sponsors Heidecke and Kelly Firnbach.

When prom is held in the city, it usually is one of the more exciting ones but more costly as well.

“Traveling to Chicago and having prom at a location like the museum definitely costs more than other locations that aren’t as elaborate and require transportation,” Heidecke said. “That is why we don’t go downtown every year, but I do think the years we make it happen, it is really cool.”

When Heidecke was asked how she thought prom went, she was positive.

“I think it went well! Every year there are always a few hiccups, so that is to be expected,” Heidecke said.  “Once we got to the museum, everything was awesome. The staff at the Museum of Science and Industry was great.  They kept our drink stations going and food stocked. The food was delicious and the exhibits were fun to look at.  The DJ always gets mixed reviews from students, but I do think this one was good! He played a variety of songs and based on the dancing, it seemed like students were having a good time. I also think the light sticks/glow sticks were a nice touch!”

One reason why others may argue is because early into the night bus 13 broke down on the way to the museum, and the students on the bus had to transfer to a regular school bus. Also, on the way home from prom some busses didn’t have air conditioning, so this was another common complaint.

When Heidecke was asked if she could do one thing different she agreed and responded with, “Somehow control a bus not breaking down on the way! That definitely was not the plan, but we were ready with a school bus just in case that happened.  The kids who had to ride the yellow school bus were troopers!”

Post prom this year was held at Funway once again, and the outcome was larger than prom! The post prom at Funway included a raffle, food, and unlimited arcade games, which led to a huge turnout.

“Post prom went well!” Heidecke said.  “Kids were behaved and seemed to be having fun.  What would we change? This was the first time we have ever run out of food!  So, we needed even more food!”

Besides the food shortage, most of the students seemed to enjoy it.

“I really hope our students had a nice time at prom,” Heidecke said.  “So many hours go into planning prom for students; we spend a lot of time trying to make it a memorable, safe, and fun time for kids!”