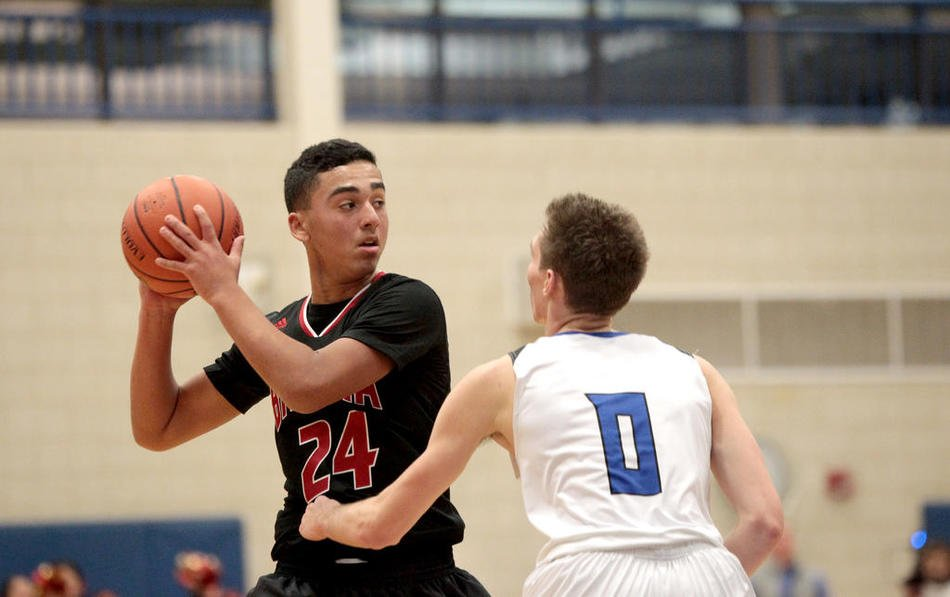 Jan. 5, 2018: It’s game-day for the Batavia Bulldogs basketball team. The gym is full, a sellout crowd for the team’s matchup against St. Charles East. The aroma from the popcorn fills up the gym´s air. The game is tied at 53 with only ten seconds left on the clock. Batavia has the final possession.

Fans are on the edge of their seats, clapping their hands together, praying that Batavia wins this nerve-racking, fast-paced game against the well-built Saints. As the ball is inbounded, the clock starts to tick down, soon leading towards one final shot.

Coach Jim Nazos paces back and forth on the sideline directing his team to execute one final play. Batavia continues to pass the ball around looking to find an open shot. After a couple of quick passes, the ball finds its way into Jayden Johnson’s hands. Johnson looks at the clock in its final seconds knowing that he’s going to take this last shot. 3..2..1: Johnson shoots. Everybody in the gym jumps up, all looking at the ball heading towards the basket.

As the buzzer’s sound reaches the top of the gym, the ball goes in hitting nothing but net. Batavia wins the game 56-53. Fans and players all jump up in joy after Johnson’s heroic shot. They soon rush the floor to go congratulate Johnson on his 17-point effort. Johnson has yet again put an excellent performance on the table for Batavia Basketball.

Johnson is a current sophomore at BHS. He has played varsity basketball the last two years and is also part of the AAU organization, Fundamental U. Johnson’s career in basketball started at the age of four on a miniature tyke hoop at his home. As a young boy, he loved it and started to develop the true passion. From that point on, Johnson took it on himself to take the game more seriously and hopefully one day make it a big piece of his life.

As an athlete, an individual has to take time to practice on your skill for in games. Being great doesn’t come overnight. Hard work is all about your face and shirt being drenched in sweat, bending over putting your hands on your knees as you continue to breathe heavily, pushing your body to keep going even when your mind tells you to stop.

¨On Monday and Wednesday, I focus on lifting and my explosiveness. On Tuesday and Thursday, I have skills training. I do shootout drills during certain days of the week as well,” Johnson said.

Johnson´s work ethic has been valued by some of his teammates and as well as his coaches. Senior guards and teammates Eric Peterson, Blake Carlson, and head coach Jim Nazos highlight Johnson´s willpower.

¨Jayden is one of the hardest workers on our team even as a sophomore. He is always up for staying after practice and working on his shot,” said Eric Peterson.

¨Jayden has been one of our leading scorers the past two years and still is only a sophomore. He continues to keep getting better, his defense is improving as he continues to play,” Carlson said.

Johnson´s talents have led Batavia Basketball to an overall record of 21-9. He averages 13.1 points per game, shooting 53 percent from the field and is an accurate three-point shooter at 43 percent.

While Johnson works on his game on the court, off the court he focuses on expanding his relationship with his peers. He values the times with his teammates and coaches, according to them.

¨As a person, he always seems to bring everybody up and never puts anybody down.  The communication is always honest between me and him,” said Jim Nazos.

Johnson´s goal is to continue his basketball career in college at Indiana University and hopefully make the NBA. He continues to work hard and tries to take down anybody that stands in his way of achieving all he desires most.

Though people might take basketball as a hobby or just a common interest, to Johnson, it’s much more than that. Through basketball, he has made a lot of memories and is excited to make as many in the future.

¨The atmosphere, the pace of the game, and hanging with my teammates is what I enjoy the most about basketball. I always want to take anybody down that tries to stop me from winning¨.