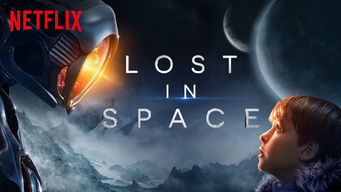 The new Netflix show Lost in Space has put an idea to the minds of the audience on the idea of the future and makes hearts beat faster as the Robinsons are faced with a series of tragic events that could change their life.

When a family of five gets lost in space they have to rely on themselves and a trusty robot who crashed with them. The show puts a twist on how the future could end up like with flashbacks to their old life before they left.

“I thought that that was just a really, really clever idea, as a setup, to introduce everybody in the family and the dynamic. To set up the domestic situation but in this extraordinary circumstance that rapidly goes wrong,” Toby Stephens told IndieWire.
The Robinsons crash land on an alien planet and are faced with many struggles just within the first episode. As the youngest child, Will Robinson, gets detached from his family and is forced to stay alone in a unknown territory. As he is faced with life or death he meets a robot who looks as if it might kill him. But as the robot and Will are both put in danger, he decides the save the robot’s life. The robot then makes it his priority to never leave Will’s side and protects him at all cost. When the family first meets the Robot who Will saved they are questionable for the safety of having a robot from outer space live among them.

The oldest daughter Judy Robinson, who is one of the smartest in the family and is a  trained doctor, is put in one of the terrifying situations of a lifetime. After she goes into a pond to try and collect an item where the ship crashed, the water begins to freeze up and she is stuck in a frozen pond for numerous hours. After she is finally freed from the pond she gets dramatic flashbacks to the experience throughout the season.

The show doesn’t only show the Robinsons’ life but also the people who crashed with them. The villain in the show, Dr. Smith, who was originally played as a male in the 1965 version, is now played by Parker Posey. The show does an amazing job of putting the flashbacks of her life in the right spots and making the audience look back and realize things they didn’t realize before. Even though the acting is great it does tend to get confusing as to why the Robinsons have yet to kick Dr. Smith out after she constantly causes trouble throughout their ship and is obviously evil.

Throughout the season, the Robinsons have their ups and downs but always tend to get through it with the help of Will’s robot. Even though some people who crashed with them aren’t the best help or are there to cause trouble to tend to not realize it.