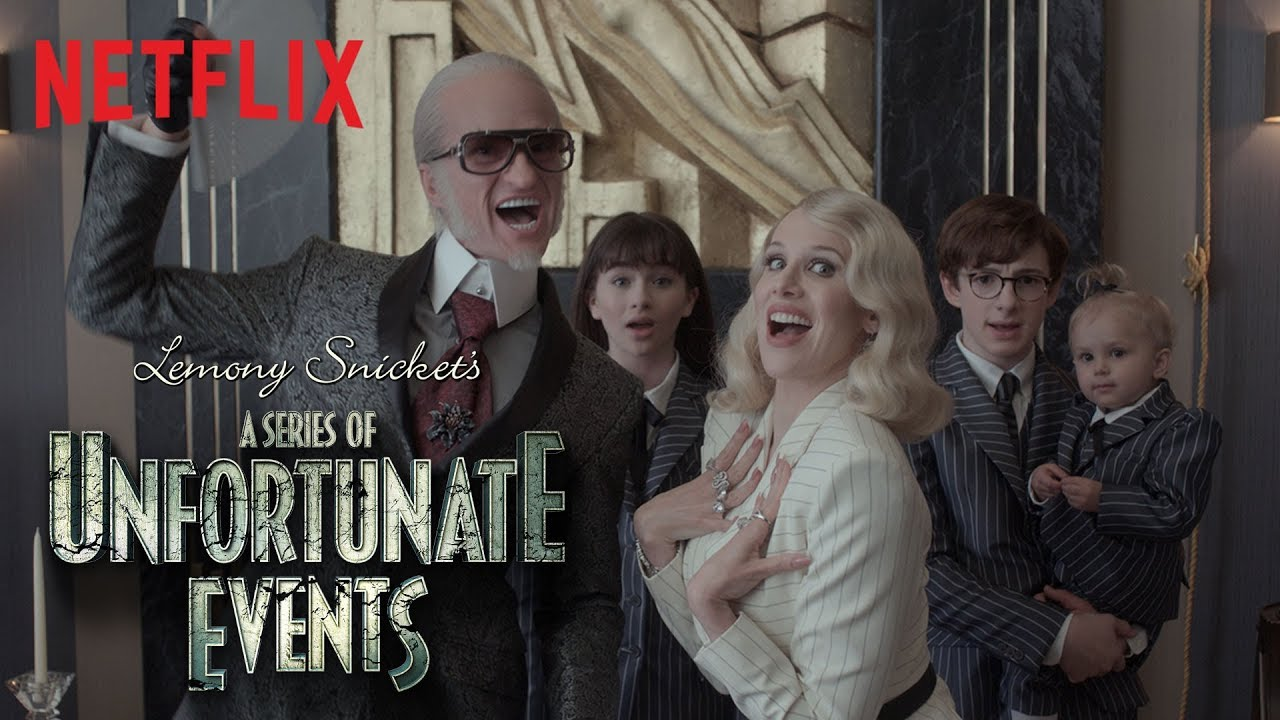 Daniel Handler’s books A Series of Unfortunate Events are brought to life on Netflix when three children Violet, Klaus, and Sunny Baudelaire parents die in a terrible house fire as  are sent to countless different homes an evil Count Olaf continues to try and get the children to get their huge fortune their parents left for them.

The second season came out March 30 and was a huge success with an incredible 100 percent on Rotten Tomatoes. It was even better than the first season. The show overall is a very different kind of show compared to the usual Netflix originals. The show always puts the viewers in shock with every episode and makes them want to keep watching.

The season starts off with the Baudelaire Orphans going to a boarding school. But the school is very different from most schools. The school has an awful motto: “Memento Mori (“remember you will die”)“. The principal, who seems to only care about himself, and a bratty student who gets everything she wants to force the Baudelaires to sleep in a shack that has crabs all over the floor and gives false newspapers.

As the show goes on they meet triplets who had also lost their parents and their triplet brother in a fire. Then, they all come to a conclusion from certain clues that their parents somehow knew each other before they died.

The narrator of the show, Lemony Snicket’s who is played by Patrick Warburton, tells the audience throughout the season that the Baudelaires will not have a happy ending, that they will have terrible tragedies happen to them, and that’s exactly what happens. He is shown on every episode to give the audience an idea of what will happen next and adds a sense of

On a website Shows, they give an idea of how bad the Baudelaires life are and how they go through terrible, terrible things and say “The impact of that moment is difficult to describe. If you’re invested to any degree at all in the adventures of Violet, Klaus and Sunny, then you feel horribly let down for them. The moment is a reminder: there is to be no happy ending for the Baudelaires, and if all your previous experiences of stories has lulled you into thinking that sooner or later, there will be a neat resolution — a triumphant changing of the fortunes for the children — then this is the equivalent of the rug being pulled out from under your expectations.”

Overall, A Series of Unfortunate Events season two is a shockingly sad but funny show that brings laughter and tears to the audience. Everything from the storyline to the acting is great and is a great show to watch.