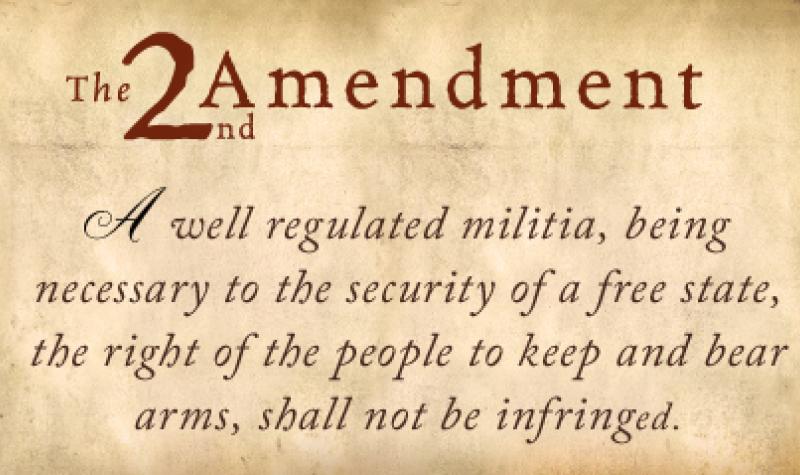 So far in 2018 there have been 18 shootings, which is an average of one shooting per week, according to David Emery, an author for Snopes. To reduce violence, guns should be banned. The U.S has the highest rate of gun ownership in the world. Americans own 300 million guns. Even the U.S military owns less according to Procon.org.

Even a quick background check sometimes isn’t enough to know whether or not a person should be allowed to own a weapon as powerful as a gun. Unstable people and a convicted felon could get a gun and the gun shop wouldn’t know that they shouldn’t be in possession of one. Felons commit 90 percent of gun crimes, but are given their rights back with no or very little review according to debate.org.

Also many people are upset about how politicians will just make statements about how prayers are with the family but then the news will stop talking about it and people will forget about that shooting within days. School shootings have become really common in 2018. Many kids are now worried about their safety at school. If guns were banned, schools would feel safer. The Second Amendment was made when there wasn’t a police force established.

Guns are also easily accessible for children at home because some parents leave them unlocked thinking their child wouldn’t do anything to harm another person. Guns have one purpose and that is to kill someone or to go hunting so why should they be allowed?

People who believe guns should not be banned claim that if guns were banned it would be an infringement to the second amendment. Homicides in Chicago are 22 percent lower since 2017 which was 42 percent according to proon.org. Americans consider owning a gun as part of their culture. But guns are not safe so there isn’t a reason they should be part of a family. Owning a gun doesn’t insure safety in a home.

Since our country was founded using weapons, proponents of the Second Amendment argue that the government would be contradicting itself if they overturned the amendment. But since the country’s founding, police officers have taken on responsibility for protecting Americans in case of an incident. Hunting would also be affected because it’s a big tradition that is passed down during generations.

Hunting has endangered 10 different species stated by Hunter Course.com. If guns were banned, Americans would be more vulnerable in case of emergencies. In 2007 a gunman entered a church in Colorado killing two people but a police officer volunteer at the church, so she took out her firearm and wounded the gunman before anyone else was hurt. This shows that guns can save lives. This shows that police officers are the only ones that should be able to carry a gun,

If people want to decrease the violence in America banning guns is the most effective way to do it. If giving up hunting saves lives than people should not be opposed to it.