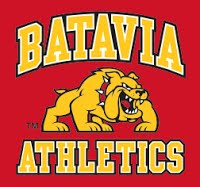 When people think of high school sports, there are a lot of teams that most likely don’t come to mind. There is a wide variety of sports at BHS that, according to the players, deserve more attention. For example, there’s a swim team, golf team, and a gymnastics team, that many people didn’t know existed. Fortunately, The Spectator got an inside look on these teams through the players themselves.

The girls’ golf team agrees that their fanbase isn’t as strong as they wish it was.

“No one comes to our matches,” said Kylie Sloan, a player on the varsity girls golf team. “Nobody cares that much about the golf team.”

Sloan also mentioned the finances involved with the sport.

The rest of the golf team along with Sloan wishes their sport gained more recognition.

As for the swim team, swimmers also explain the lack of fans at their meets, as well as the struggle of not having a pool at the school. According to varsity swimmer Ashley Sego, only about 30 fans come to their swim meets.

“No one attends it and it’s not treated like football,” Sego said. “We know it’s not as fun but no one ever really comes.”

Sego also mentioned how she believes swim team deserves more attention considering there is not even a place to practice at school.

“We have to bus all the way there and all the way back to West Chicago, and for me, since I live on the other side of town, it’s another 15 minutes for me to get back home,” she said.

Having a practice location that is 15 minutes away as opposed to somewhere in the school creates a great inconvenience for the swimmers and even the coaches. Other than that, the Batavia varsity girls swim team has been doing well, pushing the team’s record to 4-0 after a dual meet win against Bartlett on Aug. 30.

“We have a very good team this year, better than it’s been before,” Sego said. “Our relay is definitely  going to make it to state, and we might make it in individual events, but hopefully we’ll make an appearance at conference and sectionals.”

The girls’ gymnastics team also has similar issues regarding the setting of their practices and events. Although their official season hasn’t started, The Spectator interviewed with Maggie Connell, a current member of the team.

“I think people would be surprised that there is a gymnastics team because it doesn’t get as much recognition as football, volleyball… I think it’s deserving because it’s a pretty cool sport.”

All in all, Batavia High School’s variety of sports is larger than you may think. The players on the teams that were focused on in this article believe each sport whether big or small, deserve the same amount of recognition as one another.