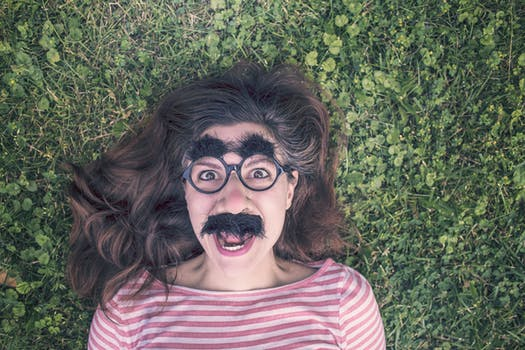 What’s funnier than watching a friend or family member inhale a spoonful of cinnamon and then watching them cough and gag on the spice? It’s a very funny yet dangerous challenge according to Dr. Lipshultz: “When people inhale the cinnamon, it gets into the lungs it and sits there long-term, and if it’s coated with this caustic cinnamon oil, that leads to chronic inflammation and eventually scarring of the lungs, something we call pulmonary fibrosis. Getting scarring in the lungs is equivalent to getting emphysema.” The challenge is definitely something funny and scary all at once. The burning in the back of your throat hurts, but the cloud of cinnamon powder in the air it the best and funniest part of the dare.

This is a challenge where teens and makeup artists take paint, glitter, or glue and layer it on your skin 100 times. The challenge first began with nail polish sparked from Cristine Rote, a nail artist. “I painted 116-plus coats of nail polish on my nails. The video took me over 15 hours, and it got me 16.3 million views,” Rote said in an interview with author Carly Lanning. This crazy, yet simplistic and genius challenge swept over the nation like wildfire. On Youtube, you can find hundreds of videos of people layering their skin with glue, face masks or foundation.

Feathered eyebrows are the latest, weirdest trend. You take the hair on your eyebrows and separate it down the middle and spread out the hairs into a feather. This all started with Stella Sironen, a Finnish makeup artist. This trend originally started off as a joke, but Stella ended up going with it. “So I’m starting this new brow trend please recreate it and wear it every day and don’t forget to tag me, like, and subscribe and hit that like button,” Stella posted on Instagram. Feathered eyebrows soon became a debate after the creator of it debuted it on Instagram. Many were unsure of the trend, while others found it fantasizing.

It’s not certain how this challenge originally sparked. But teens everywhere participated in this challenge. There’s thousands of videos of people frying, or just plain biting into the pods of soap and then instantly watching the soap spew from their mouths.  “These chemicals can cause destructive burns to the esophagus or to the airway, which can lead to serious breathing problems,” said Dr. Marcel Casavant. “Our laundry [pods] are a highly concentrated detergent meant to clean clothes … They should not be played with, whatever the circumstance is, even if meant as a joke,” Tide representatives said in a statement.

Musically is one of the newest social media platforms. The basis of the app is watching people lip sync to many pop songs, jokes, and reenactments of different movie scenes or stories. Musically, which has recently been renamed TikTok, has more than 10 million people that use the app daily. “70 million people have registered as a user,” said Alex Zhu, its co-founder, and co-CEO. “Today the very proposition of the app is not about creating music videos. It’s not about lip-syncing. It’s about a social network. It’s a community. People want to stay because there are other people.” Music.ly is definitely not like any other social media. Sure it quirky and different, but also it seems to be a better, more censored place for children and young adults.