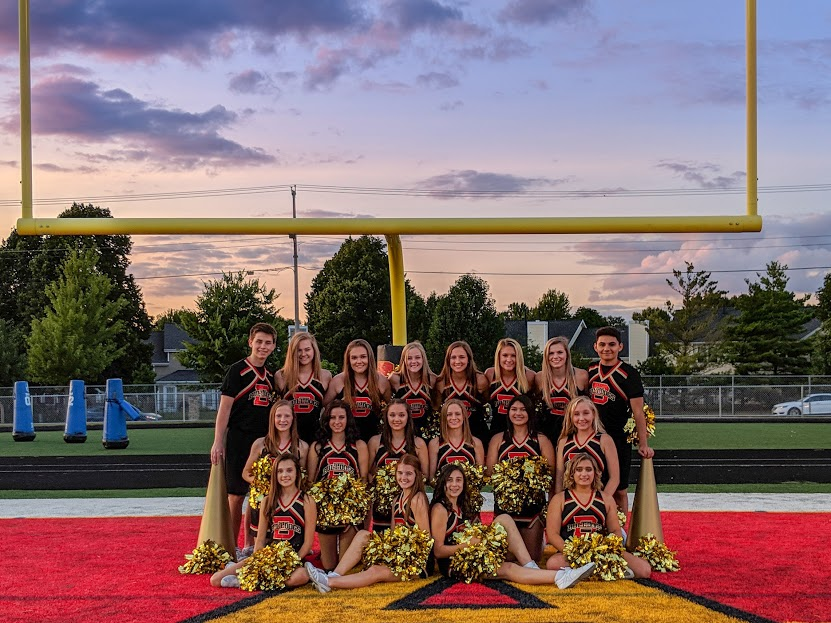 When high schoolers think Friday nights, they think bright lights, roaring crowds, and peppy cheerleaders. That became a reality this year as cheerleaders are not making the trip to away games to cheer on the football team.

“I love having the support, so it stinks that they aren’t going and being loud, and cheering for us,” said Andrew Stasell, senior football player.

Many people that were interviewed were saddened and stressed by the fact that the cheer team would no longer be present at away football games.

“Personally I feel like it puts more pressure on us Dog Pound members to make sure that the hype level stays high, especially this season,” said Dog Pound leader, Allison Bleakley. “It is upsetting that the cheer team isn’t there but that just means that the whole Dog Pound needs to give 100 percent the whole game.”

Many people are stunned by this news. Some people are more understanding of why than others, like former cheer coach, Jennifer Melendez.

“From my understanding, the decision for not going anymore was to level out the time commitment,” Melendez said. “So I think it’s because dance and cheer are seen as similar groups by the community and the district. I think they kind of realized they need to equalize time. It also has to do with the money aspect of it. Although it’s not really appropriate for kids to have to worry about it which is why there was a lot of misleading.”

“I think that it was a balance or prioritization of time. In recent years the [cheer] team has had more of a focus on the competition season. In recent years, it’s more aligned to the dance team schedule. Of course, we miss them at away game events,” Smith said.

Many cheerleaders, like Taryn Letsinger, are saddened by this news.

“I’m really upset about it,” Letsinger said. “I really wish we were more involved like we used to be. We put so many hours of practice in, and (are) only going to perform five times. My parents already put so much money into cheer. I feel like part of the money they spent on cheer is now wasted. My parents worked overtime to get more money for me to be involved in this sport. I even had to get a job. And joining Dog Pound wouldn’t help the situation. I would definitely rather perform.”

With the lack of presence by the cheerleaders at away games, students, staff, and cheerleaders themselves are all hoping the level of spirit won’t go down.

“We had a really good presence in the (first) away game (against Lemont),” Smith said. “I saw many of the cheerleaders in the Dog Pound on Friday. I think it’s a great positive that they are in there to pep a crowd up.”

Normally we will have cheerleaders for game performances, dancers for a halftime performance, a crowd of students and marching band making Batavia’s spirit groups. So it’s sad to lose one of the groups. Let’s hope we won’t lose any spirit.”