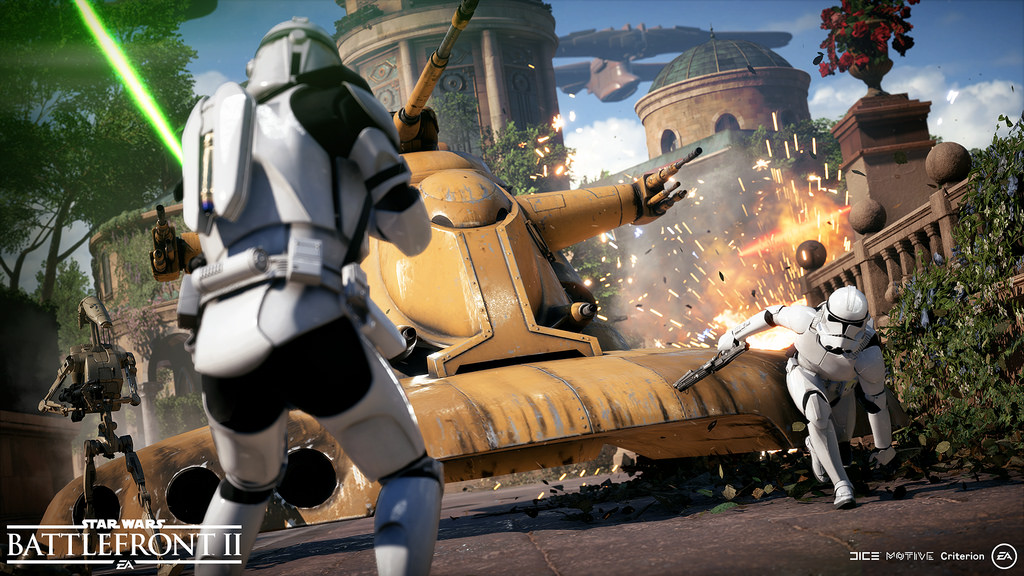 The original Battlefront II which came out in 2005, is arguably one of the best games ever. It offered everything a Star Wars game should have including big ground battles, big space battles, an intriguing story, amazing voice acting, and everything gamers would expect to have in a Star Wars game. So, when the new 2017 Battlefront II came out fans were expecting it to be bigger than ever. Sadly, they were mistaken.

While Battlefront II is a good game in its own right with amazing graphics, fantastic audio, and providing maps from every era now including the new movies. While remaining faithful to the Star Wars experience, it still doesn’t capture the same experience that the original Battlefront II did long ago.

What ended up being the new Battlefront’s downfall was its player progression system which was lacking the progression and accomplishment that everyone wanted. It was hard to level up and when you did level up it offered hardly anything to the player. People were promised a new single player story which offered the side of an imperial soldier which was a fresh take on the Star Wars video game genre. But sadly it was confusing and from time to time repetitive and boring.

Battlefront II offers star cards. Star cards give characters perks that would help them in the fight, giving them more health or bonus damage. While there is no problem with this in the first stages of the game. Gamers could buy in-game money and abuse these star cards which eventually had to be completely removed because it hurt the gaming experience, which in turn hurt the player base a lot.

Over time many other problems surfaced such as laggy servers which would prevent a player from even playing the game and wrong cosmetics for characters that didn’t look right and didn’t stay true to Star Wars. The game, which brought so much accomplishment back in 2005 and a true Star Wars experience, wasn’t the same and because of that turned away many players.

However, it has not given up. Today most of the problems have been fixed, and the developers of the game have been focusing hard to make the game a better experience for everyone.  A big update is coming out in the coming months that will be reportedly improving multiple aspects of the game and putting in new maps to experience and new heroes and cosmetics that will hopefully stay true to Star Wars.

While it may not ever be the 2005 Battlefront II, it’s still a decent game on its own that’s trying to recapture players back into its gameplay and make people happy.