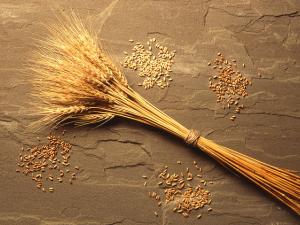 Genetically Modified Organisms, known by the acronym GMOs, have been a growing industry since early in the 1900s. The DNA in organisms are modified to increase crop yields and storage time, make foods more appealing and even help protect the plants from insects and storms while they are growing. Selling GMOs commercially now have strict regulations to ensure all modified foods are completely safe to eat. GMOs are a safer, more efficient food source that all consumers should take advantage of.

The popularity of GMOs started to gain momentum starting in the late 1900’s. By the 2000’s the industry already occupied more than half the soybean products in the nation. This can be seen in a 2005 study on GMOs by Val. Giddings, where data gathered traced 68 percent of the land used to plant soybeans as using GMO soybeans, Largely outweighing the previous year’s 54 percent GMOs.This growth began mostly as a result of increased interest in the GMOs industry by farmers.

A deciding factor for farmers to switch to GMO- based crops were the potential for profits to spike drastically. Depending on what the farmer was growing, the DNA of the plant could be modified to produce plants that grew faster, larger, or even tastier to appeal to buyers. With all of these being important selling factors, farmers could outsell competition while selling products cheaper and fulfilling customers’ expectations. However, before the GMO industry was standardized for health safety buyers were wary of buying foods that were not tested for human safety.

This concern by buyers was rationalized by several cases in early GMO sale that resulted in harm to the consumers. In 2000, StarLink, a company selling corn was one such case where without testing, it sold genetically modified corn to stores. The corn contained proteins in it that irritated some consumers upon digestion.

The StarLink case was one rare exception among many other harmless GMOs sold commercially. To prevent such an accident in the future, procedures to get GMO foods approved for sale have become more vigorous, labeling which foods contain GMOs and ensuring that the foods people buy are 100 percent safe to consume.

With safety as the top priority to sellers and extensive regulations to work through, buyers can now be sure they are getting safe GMO foods with all the benefits they offer! The customers get cheaper and tastier foods, the stores can shelve the products longer, and farmers can make more products faster. The GMO industry continues to grow today, and it should! GMOS benefit everyone involved, producing more food for our nation.