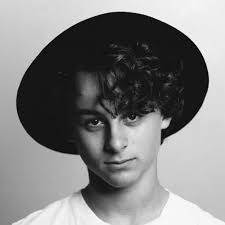 Wyatt Oleff has become a very well known child actor due to his role in the most recent film adaption of IT. He is also cast in the sequel to be released in 2019. Although he has been busy in recent years with filming and his newfound fame, he is also focusing on studying and staying in school.

Wyatt Oleff is well known for his role of Stanley Uris in the most recent film version of IT. His character is a part of the Losers’ Club, but can definitely come across as a more underrated character seeing as he does not have as many lines as the other characters.

Oleff was born in Chicago to Jennifer and Doug Oleff. His family moved to Los Angeles when he was seven. His parents own CHALK Preschools and wanted to relocate to expand their business as well as help Wyatt pursue his acting career.

He very often acknowledges all of his fans’ support and enjoys meeting them. He has been invited to many horror conventions such as, “Monster Mania,” “Horrorhound,” and “Texas Frightmare.” These conventions give supporters a chance to get a photo with and/or autograph from their favorite horror actor.

Wyatt made his acting debut on a commercial for Coldwell Banker at age five. He then went on to land a minor role in Disney Channel’s Shake It Up and more major roles in Guardians of the Galaxy Vol. 1&2 and Once upon a TIme. He didn’t make his film debut until he was 11 when he starred in Someone Marry Barry.

He has his own Youtube channel, Wyatt Oleff, where he directs, writes, and acts in his own skits. He made his channel in 2013 but his inspiration to make his own skits came from times when he and his co-stars would make them during the filming of IT. He enjoys filming skits on his own, although sometimes they guest star his IT co-stars.

Wyatt is a big gaming fan and loves to have the latest videogame. He occasionally streams on a streaming platform called Twitch alone but also invites friends to play with him on stream. His most frequently streamed game is Rivals of Aether but his favorite video game is Zelda: Breath of the Wild.

The most well-known controversy associated with Wyatt would be the Twitter fight between him and model/make-up artist James Charles. When Charles tweeted that IT did not scare him as much as he had anticipated, he tweeted about it saying the movie was “awful” only five minutes in. Oleff’s co-star Finn Wolfhard, along with many of his fans attacked him on Twitter. When Charles did a make-up tutorial on the movie’s villain Pennywise’s look, Oleff joined the argument saying Charles was an opportunist for exploiting the movie after dismissing it two months before. Oleff then stated his comment was a “joke” that evidently angered Charles when he stated that it was not funny, saying that fans of the movie will “shred” him again.

Along with his talent of acting, he has learned to play the piano. He began to play when he was five and continues to occasionally play today.

Since the release of IT in 2017, his stardom has skyrocketed. He has done many photoshoots and interviews for magazines and websites such as Bellus, Dazed, and Raw.