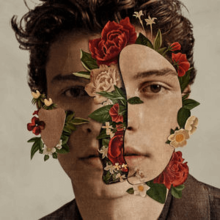 Shawn Mendes recently released a self-titled album in May of 2018. It is an album that captures love, heartbreak, and major factors in life. Mendes has released two albums in the past. Handwritten was released in 2015 and Illuminate in 2016. His latest album confronts topics like heartbreak all the way to gun violence, which is a new concept that pop singers have incorporated into their songs.

This album captures the reality of teenagers’ lives and what struggles they actually have to face. Mendes has stepped up his game and become a more mature artist. In his recent albums the main point was to have fun and party, now he focuses on the emotions people encounter. Mendes is currently 19, so he has surprised a lot of people and other artists because he has produced such sophisticated work. Shawn Mendes contains 14 songs that vary in genre and style. “Queen” is a song on the album that is about how girls can change once guys get to know them. It shows that looks aren’t the only thing that people care about. “Lost in Japan” is one that really hits hard to people who want to be more than just friends.

Mendes’ career started when he posted six-second videos of him singing covers to an app called Vine. In 2013, he gained a lot of followers and then joined a touring group called Magcon. Magcon stands for “meet and greet convention,” where teens can meet some of their favorite influencers on Vine. In 2014 he was noticed by Island Records, which led him to write his first album Handwritten followed by Illuminate and Shawn Mendes. Mendes confronts gun violence in the song “Youth” that features another famous artist, Khalid. Gun violence has been a huge controversial topic recently. This song doesn’t fit in with the rest of the songs, but it covers a good topic that teens are against.

Mendes’ new album is very mature and well worded. It allows both women and men to relate to some of the struggles in relationships. This album is one that all songs are equally good and each goes over a topic that everyone can relate to. Shawn Mendes has really stepped up his game in the music industry.