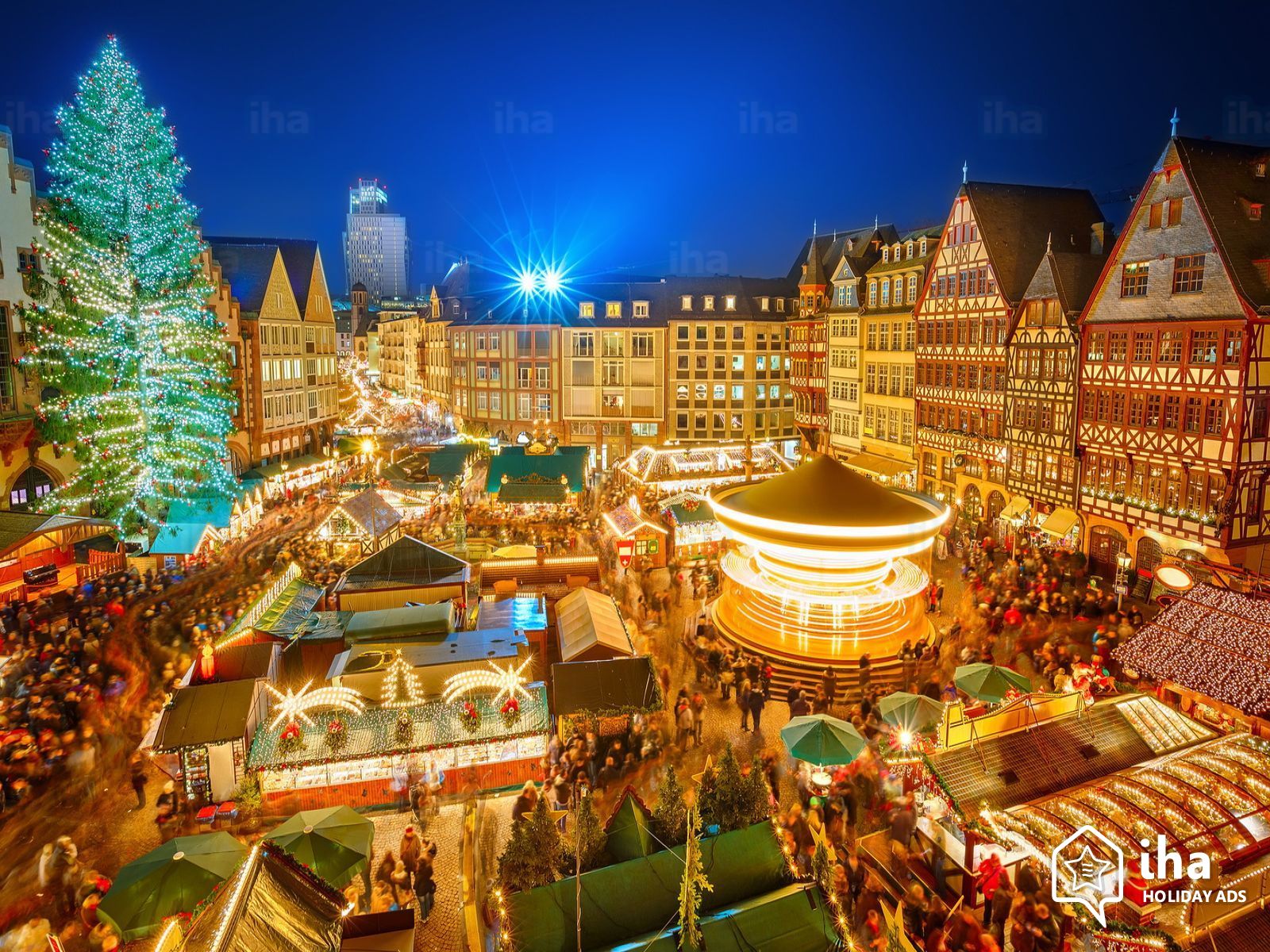 The Weihnachtsmarkt is German for “Christmas Market.” It is an annual, traditional market in Germany that starts in mid-November and ends around Christmas time. Most of it consists of rows of little wooden booths where people sell things like candles, sweets, handmade Christmas ornaments, and other little wooden holiday-themed knick-knacks. Some also have carousels or Ferris wheels.

There are many Weihnachtsmärkte across Germany; the most famous ones are in big cities, but there are also many smaller ones in little towns. The one in Frankfurt is in this big square in the middle of the city, surrounded by the old half-timbered architecture. They put up a Christmas tree taller than the surrounding four-story buildings, which is covered in lights.

They close off the streets, and people can spend hours setting up for the evening. Most people tend to go in the evening or whenever it gets dark out. Many of the stands are covered in Christmas lights, which glow brightly against the dark sky.

Most items sold by the vendors are handmade. Some sell extremely intricate wooden or aluminum Christmas ornaments and decorations. These intricate designs originate from Eastern Germany, an area called Erzgebirge. Many also make beeswax candles. These candles come in many different shapes such as pine cones, various animals, flowers, or other plants. Sometimes clothes are sold, such as handmade knitted socks or gloves.

A regional cookie popular in Frankfurt is Bethmännchen. They consist of little balls of marzipan with four almond slices on the sides and are glazed with rose water. A specialty is Lebkuchen. Lebkuchen is similar to gingerbread, except it is thicker and more fluffy. It comes in different flavors and is usually covered in sugar or chocolate. A popular beverage served at the Weihnachtsmarkt is Glühwein. Glühwein is a warm wine with spices in it. People like to go to the Weihnachtsmarkt, then they stand around and drink with their friends. They also sell hot chocolate and apple cider.

In some Weihnachtsmärkte, they have a stage. Every night a different choir or performer comes and sings Christmas music. Sometimes the kids join the choir. On other days an orchestra will entertain people with festive music.

People enjoy the festive atmosphere. It smells of the spices of Christmas, and the lights are strung around the booths, which flicker in the dark. It is the way many Germans get into a cheerful mood for the holidays.