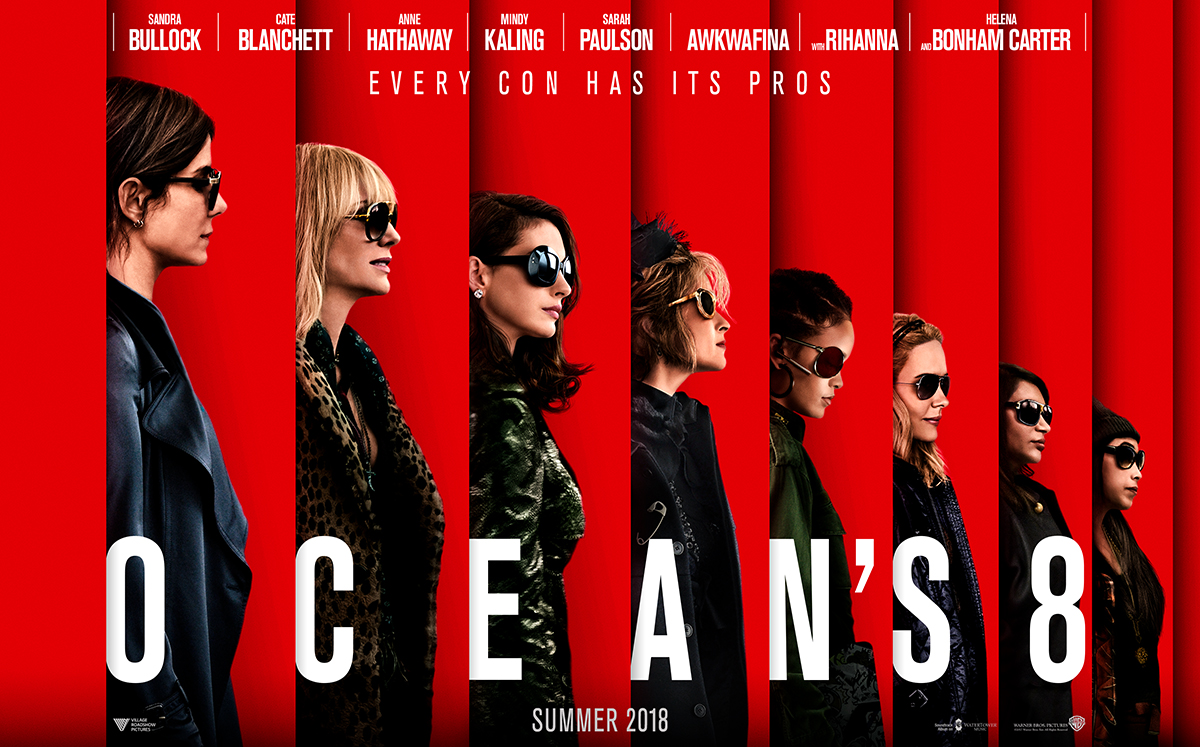 The jeweler, the mom, the hacker, and the fashion designer: Ocean’s 8 encompasses an all-girls team of con artists focused on the goal of stealing a $150 million necklace at the Met Gala. Debbie Ocean, played by Sandra Bullock, the leader, mastermind, and newly released criminal of the extravagant heist, is determined to execute her foolproof plan. Each individual of her team has their own underlying back story and motives for partaking in the impossible heist. Ocean’s 8 is a ‘rooting for the bad guys’ film.

Ocean’s 8 has a high profile yet successful cast. All of the immediate cast members are recognizable and reputable faces from other successful films. Along with the celebrity cameos that appear throughout, the movie is never lacking a familiar face and is full of pop culture references. Costumes are perfectly tailored to the scenes and are never lacking the luster of each character’s style. The plot of Ocean’s 8 is suspenseful and unpredictable. A surprising turn of events leads to the revealing of motives behind the actions of characters at the end of the movie. Former enemies become allies and to lend to the turn of events. As a whole Ocean’s 8 goes above expectations with a suspenseful plot, well-known actresses, and plenty of pop culture references.