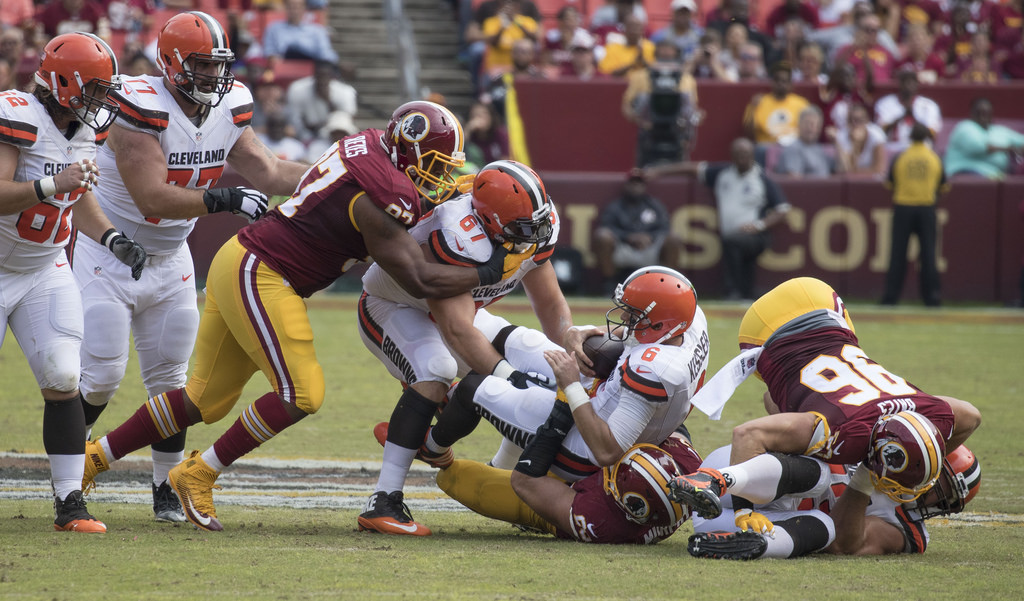 It’s week two of the 2018 NFL season and the Green Bay Packers and the Minnesota Vikings are in a fierce NFC North matchup with 1:45 left to play. It’s 29-21 and the Packers are in the lead with the Vikings deep in their own territory. Kirk Cousins, the Vikings’ quarterback, drops back and throws a ball deep to a receiver and the ball is intercepted by the Packers. It looked like a win for the Packers, but a flag was thrown on Packers linebacker Clay Matthews for roughing the passer. The Vikings accepted the penalty and kept the ball. Fortunately, the game ended in a tie but if the Vikings were to score on that drive it would have decided the game.

This is just one example of the 34 roughing the passer penalties called in the first three weeks of the 2018 season. In 2016, there were only 16 roughing the passer penalties in the first three weeks of the regular season. This spike is a direct consequence of the NFL’s new roughing the passer rule which took effect this season. Taken from rule 12, section 2, article 9 of the NFL rulebook, the rule states “When tackling a passer who is in a defenseless posture (e.g., during or just after throwing a pass), a defensive player must not unnecessarily or violently throw him down or land on top of him with all or most of the defender’s weight. Instead, the defensive player must strive to wrap up the passer with the defensive player’s arms and not land on the passer with all or most of his body weight.” The rule sounds good on paper but when put into practice it causes outrage.

The first issue with the rule is that it’s difficult to avoid. When a pass rusher is in his pursuit of the quarterback, his intention is to tackle him but when on the way to the ground, defensive players are somehow supposed to redistribute their weight and try not to land on the quarterback with most of their body weight.

The second issue with the rule is that it’s so inconsistent. Clay Matthews has been called for a roughing the passer each game this season but when a hit on Aaron Rodgers could have been called against another team, it wasn’t. The rule was intended to protect Quarterbacks after Aaron Rodgers broke his collarbone last year after being tackled. The defender tackled Rodgers and landed on him which broke his collarbone and caused him to miss most of the 2017 season.

The Green Bay Packers aren’t the only team that this penalty has affected. In week one of the 2018 season during the Pittsburgh Steelers and the Cleveland Browns game, a roughing the passer penalty was called that greatly altered the outcome of the game. A Browns defender tackled Steelers quarterback Ben Roethlisberger and the 15-yard penalty put the Steelers on the four-yard line with a new set of downs. A few plays later, the Steelers scored and tied the game at 21. This game ended in a tie at 21 and is just another example of how the rule is hurting the game. But what happens when a penalty is called during the Super Bowl and not a regular season game when a team loses a championship because of a broken rule?

Players, fans, and oddly enough quarterbacks have negative things to say about the rule. Aaron Rodgers said “They’re trying to think about the process of the game and the safety and stuff, but it’s still a collision sport and those, to me, are not penalties,” the Packers QB said. Joe Flacco the Baltimore Ravens quarterback also said, “Listen, this is football, man. We all sign up to get hit. We all sign up [knowing] you might get hurt. It’s a violent sport. It’s meant to be that way.”