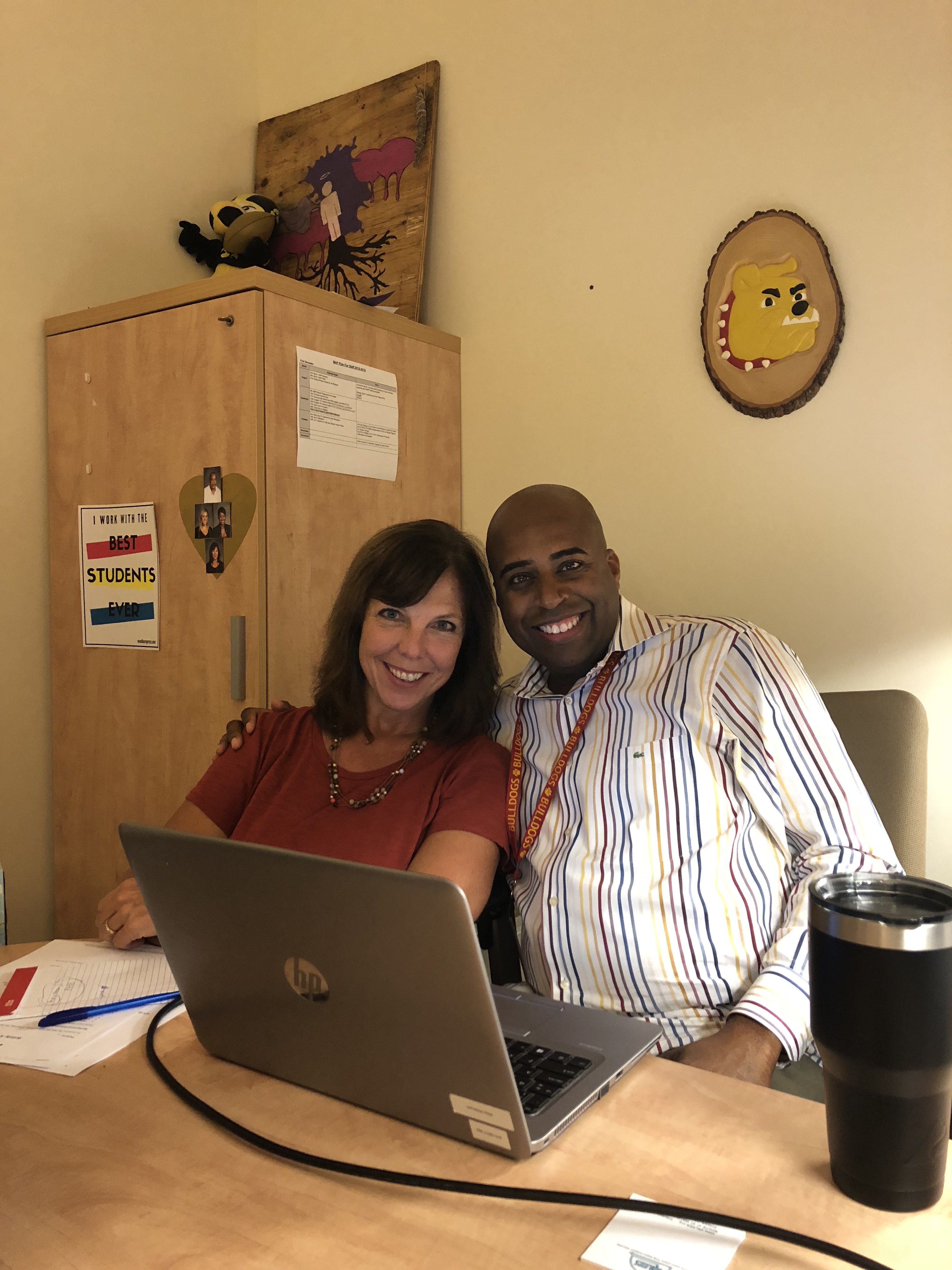 His bright smile and constant laughing draw attention from the crowd, making it an interest to know what others think about Rollerson.

Rollerson’s smile has been everywhere, from his favorite place, Aruba, to an office hidden in a big building, to the spotlight on the stage.

Rollerson typically has a big grin, showing his pearly white teeth, and presenting his emotions right on his face. He’s always cracking jokes, making everyone around him laugh so hard their faces turn red and tears appear in their eyes. Rollerson finds a way brighten the mood for pretty much everyone, so that no one is sad when speaking to him.

Every person interviewed has really made sure to mention the fact that he goes above and beyond to make others feel welcomed and lighten their moods. Rollerson compliments everyone every time he sees anyone, even if he doesn’t talk to that person very often.

After wanting a closer look, the Dean of Batavia High School talked about his experience in his years of working with Rollerson.

“I enjoy working with him, he always puts the kid’s interest first, he wants kids to be successful in school. My favorite thing about him is his sense of humor he’s always telling grandpa jokes. Rollerson is someone that truly cares about the success of kids, he will do anything for them to be successful, but he doesn’t take himself too seriously,” the Dean said.

Even those who barely even know who he is or have only spoken to Rollerson once only have kind, positive words to speak of him. Two people who do know him extremely well are his two kids which are his mini-counselors. Rollerson stated that going home to his kids is like going home to min-counselors.

Rollerson’s pride and joy are his two kids, his son Malachi, who is athletic and loves math, and his very social and musically talented daughter Azayla. The best advice his kids have ever given to him would be to calm down and not take the situation too seriously.

“They always tell me to calm down and take a deep breath and they always end up throwing my own advice back at me, because they get the counselor side from me and them reminding me that nothing is too serious to handle really helps,” said Rollerson.

Rollerson is no shy guy. ¨He is very social but there is more to him than his humor and counseling skills. With ESPN being his favorite channel, that proves his loves for sports.

Rollerson not only has a passion for his job but, also for sports of all different kinds.

“He’s a great guy, always happy and always positive.”, said hall monitor Thomas Cortese. ¨We like to talk about sports and things. We both like boxing and football.”

A long journey had lead Rollerson to Batavia High School. He grew up in Davenport, Iowa

“Batavia High School actually found me through my professor who lived in the district and brought the principal the idea of me. ¨I had applied and then one day I got a call to come in and have an interview and then before you knew it I had the job

People say on repeat how great of a person Rollerson and how he has a strong sense of humor which make him a great target for a prank. Rollerson told how in 2008 the Dean of the high school which is different from the one Batavia High School has now, had put tuna above the vent going into Rollerson’s office, knowing one of the most important things to Rollerson is hygiene it’s just a lot to handle.

Along with Rollerson’s jokes, he finds jokes pulled on him equally as funny as he now plots against a Batavia High School. He checked his entire office and he finally thought to look in the ceiling and there it was, rotting away for two weeks. Rollerson takes pranks with a grain of salt as his favorite prank pulled on him was the fish in the ceiling.

Needless to say, Rollerson always has a smile on his face, is spreading positivity to all, and really makes sure that the students he is involved or isn’t involved with are getting the best possible learning and he has the best interest at heart.