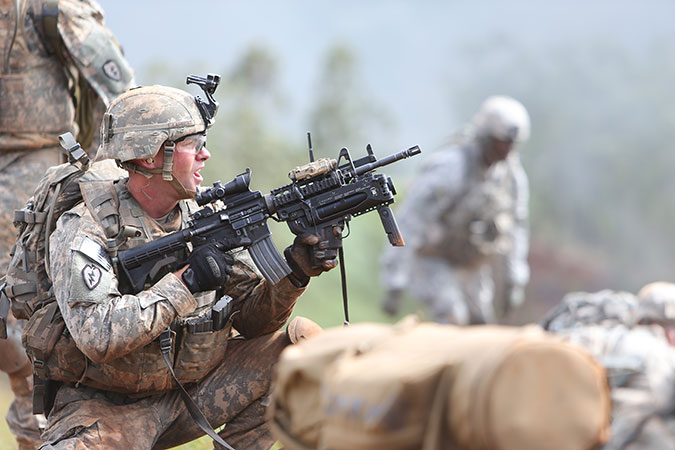 Well, the United States Army wants the same thing and has a plan to accomplish that goal. According to an article on military.com published by Matthew Cox, the United States Army will add two extra months to the infantry course in order to make grunts more lethal, the pilot began this past summer. Many may be asking themselves what exactly is a grunt or what exactly is the infantry? A grunt is a slang term used in the military to call someone an infantryman. On the other hand, the infantry in the military according to Dictionary.com is soldiers or military units that fight on foot.

The reason behind extending the already 14-week long infantry course by two months is to ensure that young grunts arrive at their first unit more combat ready. Cox explains that going from 14 weeks to 22 weeks will give soldiers more time to practice key infantry skills such as land navigation, marksmanship, hand-to-hand combat, fire and maneuver, and first aid training.

“It’s more reps and sets,” said Colonel Townley Hedrick, the commandment of the Infantry School at Fort Benning, Ga. on June 21 in an interview with military.com. “We are trying to make sure that the infantry soldiers coming out of Infantry OSUT are more than just familiar [with ground combat skills]… you are going to shoot more bullets; you are going to come out more proficient and more expert than just familiar.”

This program overall will make a much better -trained soldier than before, I’m not sure about you, but I definitely feel this program is a huge leap in the right direction to further and more effectively defend our wonderful country, The United States of America.