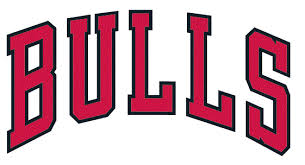 Chicago Bulls fans are not doing well after the Bulls started off 1-3, but it’s only four games into the season and there are still 78 games left to play. Looking at the downsides first, theBulls are missing four key players to their roster including big man Lauri Markkanen, point guard Kris Dunn, big man Bobby Portis, and small forward Denzel Valentine.

There are positives to having these injuries. Zach LaVine, who received a four-year, 78-million dollar contract extension this summer, has shown why he deserved it. Through the first four games of the season, he has scored 30 or more points every game and is averaging 32.3 points per game. Averaging over 30 points per game is terrific, and it’s giving LaVine confidence back for when the four other guys come back into the lineup.

Two of the three losses have been within six points or less and Philadelphia beat the Bulls by 19 points on opening night. On opening night the team didn’t have Markkanen, Dunn, and Valentine, but the Bulls still put up a good fight against an above average team in the NBA. One of the big x-factors for when these four guys return will be Jabari Parker, who has had a rocky start coming to Chicago going from starting in the preseason to getting benched at the start of the season. He now has a lot to prove because. With all these injuries, he and LaVine will have to lead the starters to work for these wins until everyone returns.

By the time the playoffs come around don’t be surprised when you see the Bulls have made it in because if everything goes to plan and no more major injuries come up they will be competing in the playoffs.