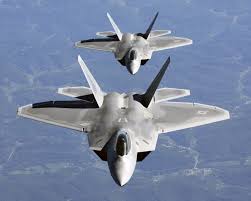 After long wars and involvement in the middle east, people are starting to question if the US should be involved in Syria. After long campaigns in Iraq and still in Afghanistan many Americans are questioning the US involvement in Syria and if we should even be there. After eight years in Iraq and now 17 years and counting in Afghanistan many US citizens are questioning the involvement of US forces again in another middle eastern country. As of right now in late 2018 the US is supporting the Kurdish militants in the parts of Syria north of the Euphrates river. They have mostly have been combating ISIS forces still left in the area by providing air and ground support to their Kurdish allies. The US has been officially in Syria for around four years and has had around 2000 American Troops on the ground in late 2016. But not many Americans are so happy about the US involvement in Syria.

After the Iraq war ended and the after-effects started to kick in, people started to question if the U.S. really did the right thing. And many Iraqis are not happy with the current government. There’s a similar pattern going on next door in Syria where there’s a weakened government run by what western powers call a dictator and an ongoing conflict that spawns many factions in the war-torn country. And to also combat Russian and Iranian influence in the region, it seems like a prime opportunity for the US to support some groups and provide support. But the American people and many others in the west might not agree.

In conclusion, the US should not intervene in the Syrian civil war because for the US it’s all risk and no reward. In all we should not be involved in any more wars in the Middle East that we really have no business in and supporting the Kurdish groups in the north is putting a strain on our relationship with our NATO ally, Turkey. Also, our involvement can create more instability in the region and can spell disaster for the region.