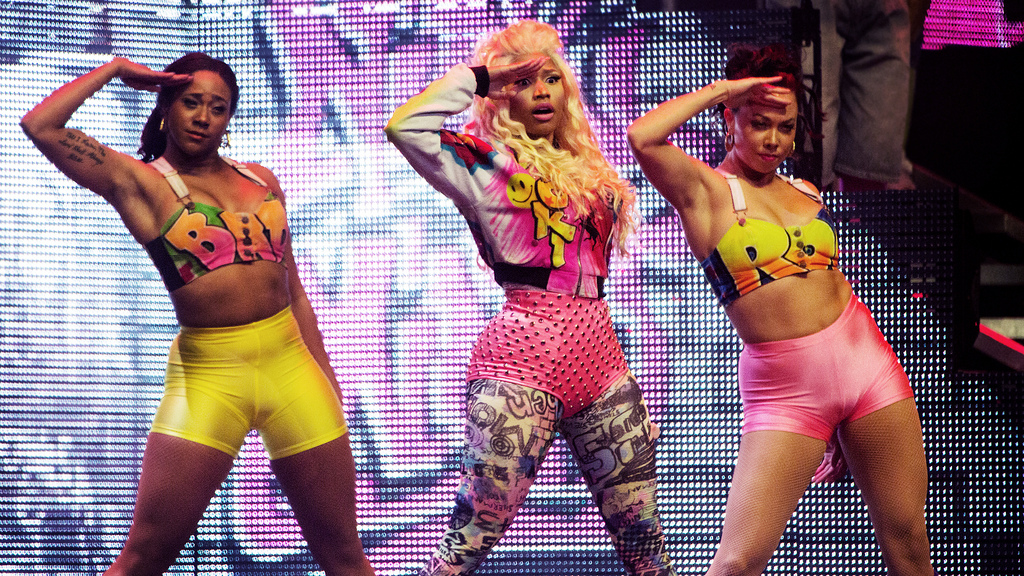 Nicki Minaj started her commercial rapping career in 2007 with the release of her mixtape Playtime is Over. Cardi B released her first mixtape in 2016. Therefore, Nicki has clearly had a much longer rapping career. Nicki came in the game when there were really no other female rappers producing big music. Lil Kim’s last album was in 2005, Foxy Brown’s last album was in 2003, and Missy Elliott’s last album, Work, was released in 2009, which did not do great in the charts or amongst the general public.

Nicki built her career without any competition and was able to brand herself and make herself the only female rapper, a face, a name, an icon that people wouldn’t forget. She had successfully been doing this for years and had released multiple albums, many going platinum. Cardi B just recently joined the stage in 2016 with her first mixtape Gangsta B***h Music Volume 1. However, she became extremely popular after the release of her hit song “Bodak Yellow” in 2017. This song sent her to the center stage and when she released her album Invasion of Privacy in 2018 people began comparing her and rivaling her against Nicki Minaj. However, these two rappers have different styles and although Cardi attempted to keep it peaceful at first, Nicki had other plans.

In March of 2017, Nicki liked a post on Instagram making fun of Cardi’s rapping style. Later, in May she was featured on the song “Swish Swish” with Katy Perry in which she stated, “Silly rap beefs just get me more checks / My life is a movie, I’m never offset / Me and my amigos (no not Offset).” In this, she clearly references the little skirmish between the two and then referenced Cardi B’s now-husband Offset from the rap group the Migos. After the release of “Swish Swish,” Cardi went on an Instagram live rant saying the industry was fake and idols, referencing Nicki Minaj, were becoming rivals. Soon after she tweeted to not compare her to other artists. In August of the same year, Nicki was featured in a song with Offset and 21 Savage called “No Flag” in which she said, “I heard these labels tryna make another me / Everything you’re getting little h** is cause of me”. Cardi replied by saying I bother with these h**s don’t let these h**s bother me. Which was part of her hit song “Bodak Yellow” and a clever yet still peaceful response. This was all just a lead up to some of the biggest beef between the two.

Later Nicki and Cardi were featured on the same song with Migos (one of whom is also Cardi’s husband, Offset). Cardi accused Nicki of not having her verse ready and changing them after she heard Cardi was going to be in the song. Nicki alleges that Cardi wanted her to change the song which is why she wasn’t ready and had to make changes. They both gave multiple interviews about the supposed feud between the two. Later, after multiple interviews and Nicki talking about the issues on her podcast Queen Radio she blocked Cardi on Twitter for a short while. All of this and more would lead up to the real tea that spilled in September.

At the Icons Party in September a fight went down between Nicki and Cardi at the 2018 New York Fashion Week. A video was released of the two throwing hands with people yelling and the bodyguards separating the two. According to Christopher Rosa from Glamour Magazine, Cardi left the Icons Party with a huge bump above her eye and no shoes on while Nicki continued posing for photos. Cardi claims she attacked Nicki because she was sneak dissing her and her child and her parenting skills. Nicki denied it and the beef continued. Many are upset that this beef has divided the two female rappers when they could do amazing things together. A big part of rap and rap culture is beef and rap battles but many would rather see two amazing, talented female rappers continue their path to stardom as opposed to crumbling from petty beef. The feuds will continue and the people will be here for it. Stay tuned to see how the beef ends. Who do you think is winning the beef? Do you think this is petty or valid? Should this be put aside?