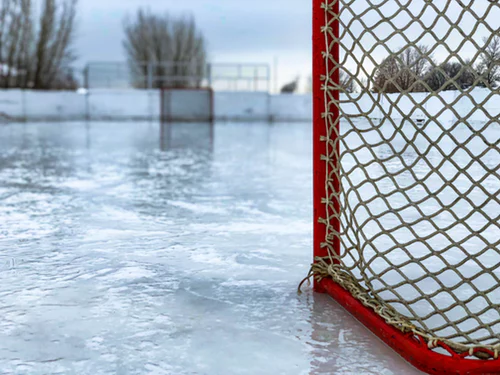 What do you think of when someone mentions the Chicago Blackhawks? I know I think of the three Stanley Cup Championships in a matter of six seasons. One team winning that many championships in that short amount of time is most definitely a huge accomplishment. How did they do that, though? The players and a lot of practice for sure, but great players can’t win without a fantastic coach. The Blackhawks had without a doubt one of the best coaches of all time: Joel Quenneville. The decision on Tues., Nov. 6 to fire Coach Q was surely a bad one and one that they will most likely regret.

Coach Q became the Hawks head coach in the 2008-2009 season. Before Coach Q came to the team, the Hawks went 49 years without a championship and within only one year Coach Q brought the Hawks to the finals and led them to an exciting, extraordinary win over the Philadelphia Flyers. After that first championship, the Hawks’ organization and Quenneville got only a small taste of what victory tasted like. Three seasons later, after the first championship Quenneville brought another to Chicago and two seasons after that a third championship was won. Quenneville turned the Chicago Blackhawks into a true modern day NHL dynasty.

Not only did Coach Q bring many championships to Chicago, but he also brought an extraordinary amount of wins. Quenneville’s 11 seasons with the Blackhawks transformed him into the historic coach he is today. During his time with the Blackhawk organization, he became the second-winningest coach in Blackhawks history with a 452-249-96 record. Not only was Coach Q second in wins with the Hawks, but is also second in NHL history.

The firing of Coach Quenneville came to the surprise to many, and many are unsure why such a shocking decision was made. However, after a slow start to the 2018-2019 season, starting out 6-6-3, being eliminated in the first round of the playoffs in the 2015-2016 season and the 2016-2017 season, and missing the playoffs last season for the first time in a decade, the thought of change to many may not be such a bad idea.

“A decision like this isn’t made on one game, one play, or one specific thing,” general manager Stan Browman said. Team president John McDonough added that “we want to win, we want to rewin. We want our building filled and we want our fans to see an exciting brand of hockey. Sometimes, as painful as it is, you need a fresh start.”

Winning has never been an issue with the Blackhawks over the years. The Hawks have just fallen short a couple of times over the past couple of seasons, and that is not due to Coach Q.

“When I first heard the news I was thinking, ‘I wish I wasn’t sick that game in Vancouver,'” said Patrick Kane. “I wish I felt good on that road trip and could have played better and something like this doesn’t happen.’”

Kane went on later to say that “this guy breeds winning. His passion and his excitement to try and win hockey games will definitely be a void that we’ll try to fill in here.”

Not only has Kane taken the shock and felt responsible but so have other players.

“I didn’t think whoever it was, there was going to be a change or it wouldn’t be for a while. Given what we’ve gone through last year, I think it’s still early in the season to try and find solutions,” said Jonathan Toews.

The Chicago Blackhawks have hired Jeremey Colliton, 33 years old, making him the youngest coach currently in the NHL. No one will be able to replace Joel Quenneville, but they sure can try. Hopefully hiring Colliton to replace a three-time Stanley Cup-winning coach was not a big mistake.