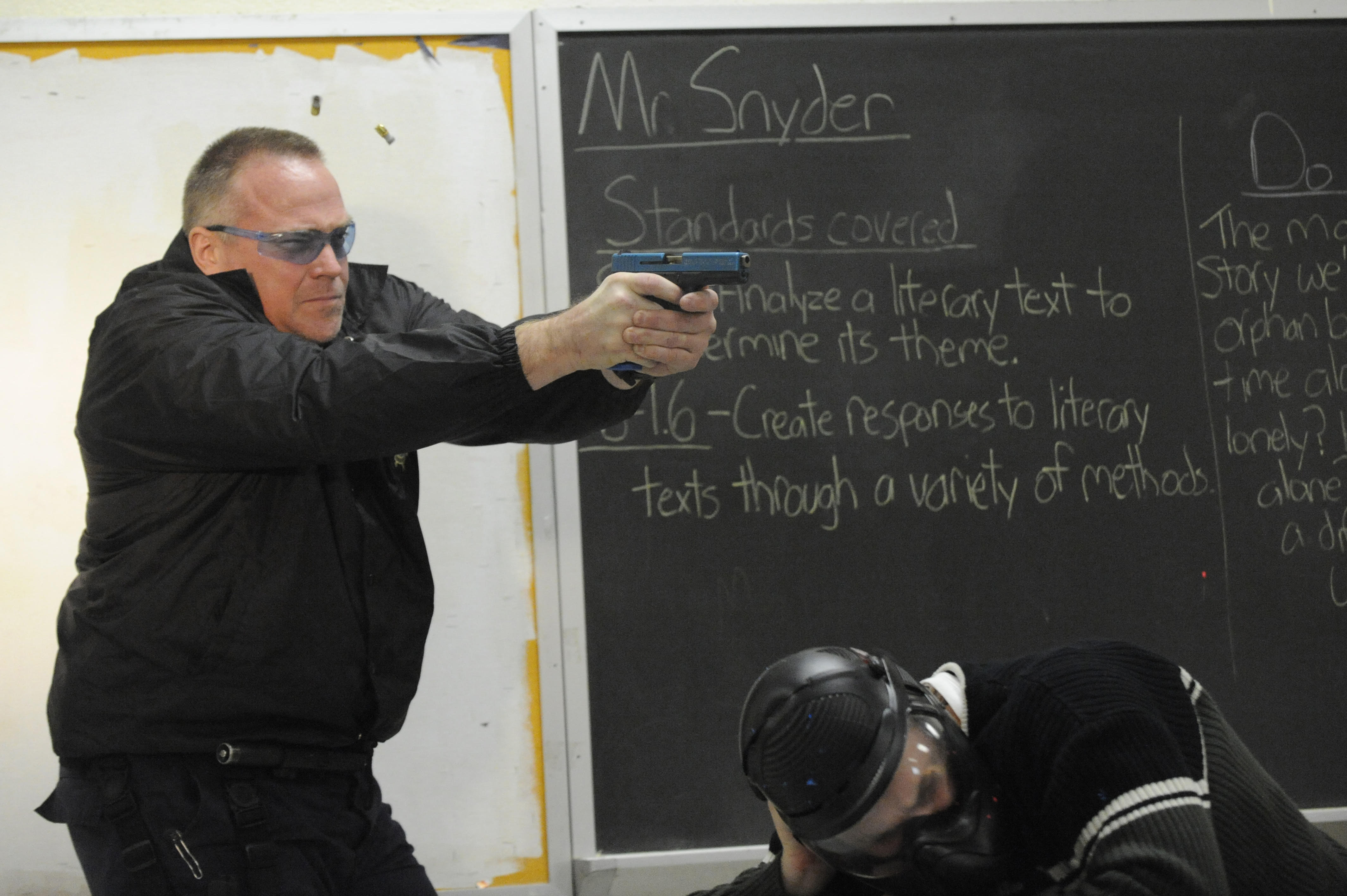 There have already been 17 school shootings in 2018, and a staggering 290 since the deadly Sandy Hook school shooting in 2013. One of the more recent shootings, at Parkland High School in Florida, has sparked fiery debates about what can be done to prevent these deadly shootings.

A popular opinion in preventing these shootings is to arm teachers and faculty members at schools with guns. Teachers should not be the ones armed; that is a job for cops and other public safety officials. In the event of a shooting, a teacher should be focused on getting their students to safety.

“[A teacher’s] main focus should be on figuring out what to do to protect their students and to get them to safety and let the professionals deal with the firearms,” said Batavia teacher Greg Fink.

If a gun is present, it means a higher risk of someone getting shot. According to Vox, states with more guns see more accidental deaths from firearms, and children ages 5 to 14 are 11 times more likely to be killed with a gun. For example, what if an armed teacher mistook an item a student had for a gun and shot the student.

“There is the potential for major accidents to happen if a teacher is armed,” said Sharon Cognetti, a teacher at Argo High School. “A teacher could easily mistake any item for a gun, or a student could find a way to get ahold of the gun. It would be a mess.”

Teachers have to go through an immense amount of training as it is. If guns were introduced, it would be a slow process training teachers how to use them properly. Or, maybe not? According to The Nation, The Buckeye Firearms Foundation has introduced a three-day training program for teachers across the country. The program focuses on target practice but emphasizes bolstering teachers’ preparedness to shoot after split-second assessments. If guns, for some odd reason, were implemented into the classroom, a three-day program isn’t going to get the job done.

“Teachers are not equipped to make the split-second decision on what to do being armed and no amount of training can come close to what it would be like in a real crisis situation.”

This makes complete sense: firing at a target is much different than having to fire at a student that you see every day.

Is there a need for some kind of change when it comes to school safety? Yes, but If guns become a part of classrooms at Batavia High School or any high school for that matter, it will create an even more unsafe environment for all students