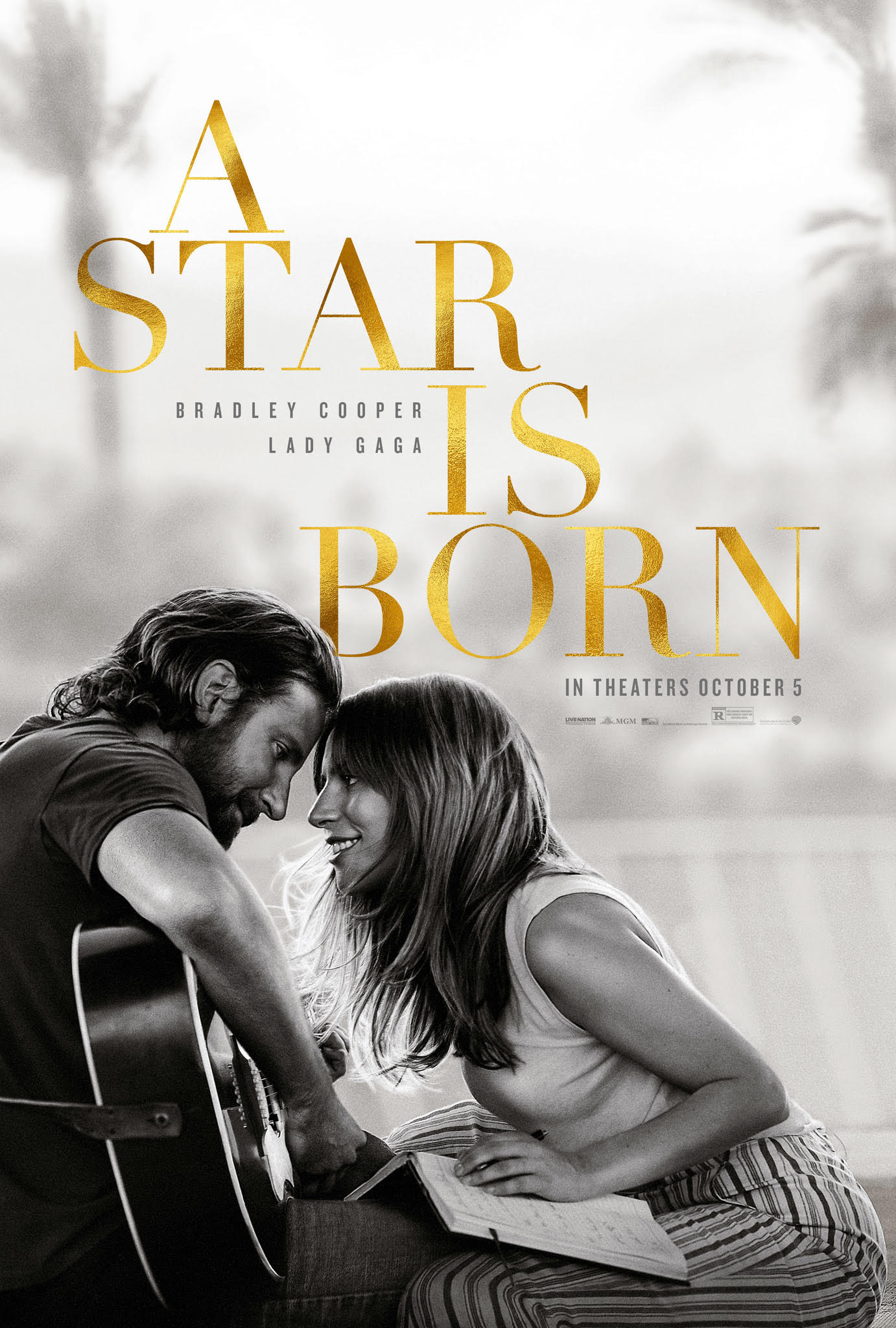 In lives, people look for things that will touch their hearts and the soundtrack for A Star Is Born does just that. The A Star Is Born soundtrack has definitely made its mark on music forever with its groundbreaking composition and heartwarming songs. From the hardcore sound of the guitar to the soothing music from a piano, no matter the genre of music people listen to, this astonishing soundtrack will have them all listening to it again and again.

The soundtrack includes the hit songs, “Shallow,” “Always Remember Us This Way” and “I’ll Never Love Again.” They have all risen to the top 50 on the Billboard Top 100 chart.

The highest peaking song, “Shallow,” is performed by both Bradley Cooper and Lady Gaga, who tell the story of two lovers going somewhere far where nothing can hurt them. They show this through the lyric, “Crash through the surface, where they can’t hurt us. We’re far from the shallow now.” With the soothing guitar, the soulful lyrics, and the rock-influenced melody, everybody listening to it will be sure to fall in love with it along with the rest of the world.

The memorable song, “I’ll Never Love Again,” is performed by Lady Gaga and features Bradley Cooper telling the story of how they’ll never find a lover again if something were to happen to them. Although heartbreaking, the powerful lyrics and touching music shine through in a way no other song has.

This soundtrack includes nearly every style of music. From rock to country to pop, this is one album the whole world has to hear. The stand-out song in the rock category is “Black Eyes” and it will have everybody in the car air-guitaring every chord. The hit country song on the album is “Maybe It’s Time.” This touching song will make people think about changes happening in their life, making it very sentimental. Finally, the hit song in the pop category that will have every person bopping along to every note is titled “Heal Me.”

The album also includes soulful tracks, such as “Always Remember Us This Way” and “I Don’t Know What Love Is.” These tracks will make listeners very emotional, even those with a hard shell, but will have them yearning to listen to them over and over again.

Billboard has described the music as “timeless, emotional, gritty and earnest. They sound like songs written by artists who, quite frankly, are supremely messed up but hit to the core of the listener.” I fully agree with this statement and I think the soundtrack hits every genre of music in the perfect way. I can guarantee if people listen to this soundtrack, they will fall in love with the music just as much as the movie.