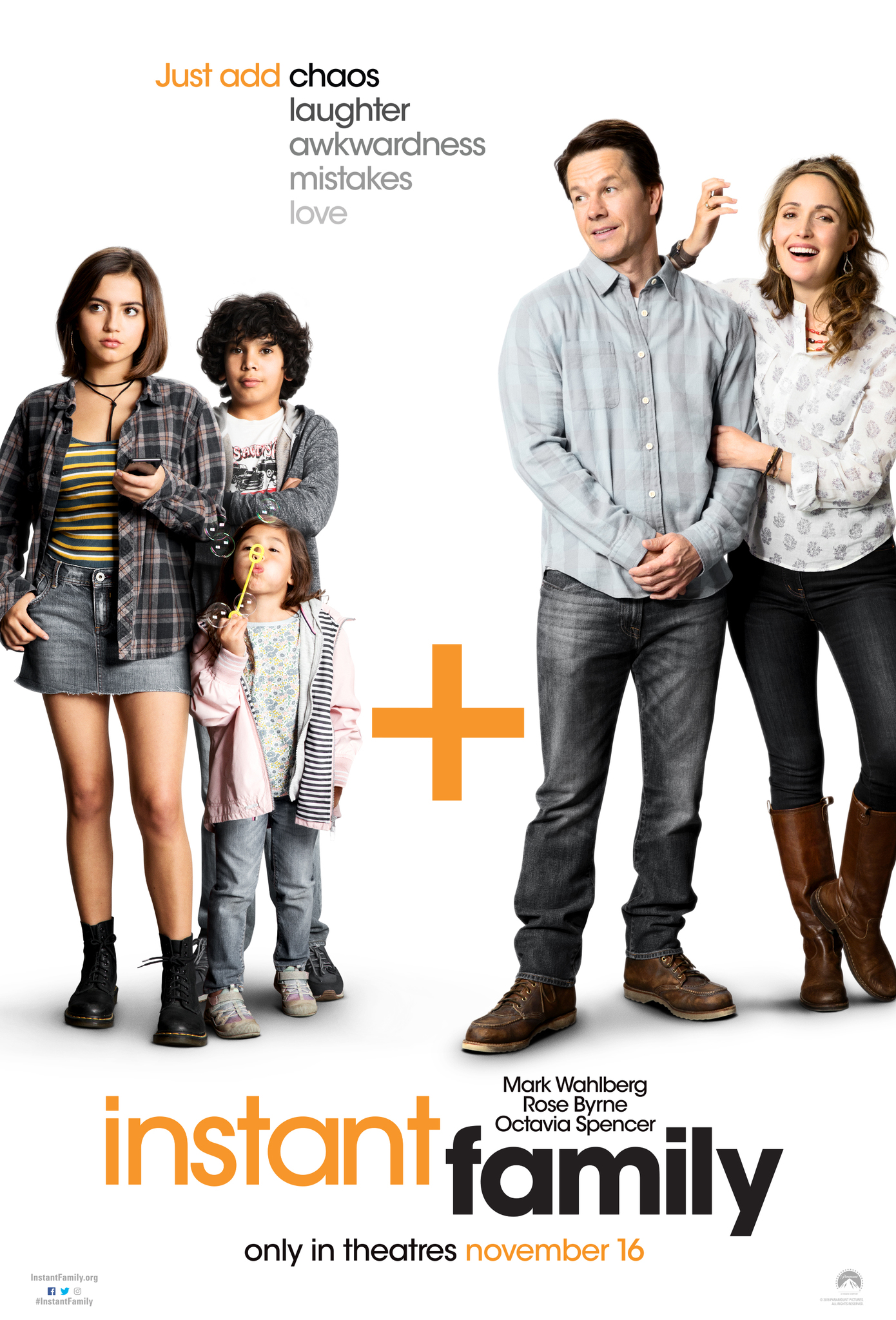 If one thinks fostering a child is difficult, try three. By using incredible actors and actresses, Instant Family excellently portrays the lives of many foster children and their difficulties adjusting to foster parents. It shows a different perspective, focusing on the past lives of foster children who have either been abused physically or sexually or who experienced drug and alcohol misuse in their past surroundings.

This movie stars Mark Wahlberg and Rose Byrne as a young couple who work as property flippers. Wahlberg does a great job of illustrating the role of a father figure to the three children. Also,  Byrne does a wonderful job of acting like a confused parent trying to find her way into the groove of having many more responsibilities. Known as Pete and Ellie, the couple decided to look at different fostering agencies. The couple develops a particular interest to a teenager named Lizzy. When they tell the supervisors that they are interested in Lizzy they soon find out that she comes with two younger siblings named Juan and Lita. The movie then continues to take the viewer through the families behavioral issues and struggles to make a connection.

Instant Family is a PG-13 rated movie. It contains mostly appropriate scenes besides a couple scenes including sexual content and references toward drugs and alcohol.

As a supposed comedy, the director Sean Anders does an outstanding job to brighten the upsetting moments by adding hilarious comments and actions throughout the film. For example, there is a scene in the movie where Pete and Ellie discover Lizzy’s relationship with an overaged janitor at her high school. They react by going to the school and make a comical scene ending with them getting arrested.

Overall, Instant Family is an extraordinary film that incorporates a realistic plot line. I would definitely recommend this movie to families, teenagers and anyone who is looking for a sentimental but amusing cinema.