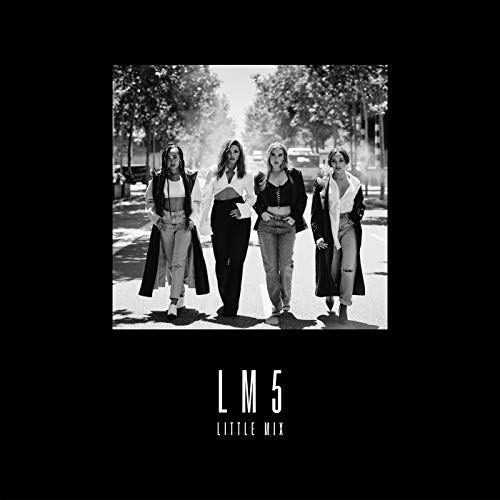 Power is something everybody should have to get their message across and Little Mix does just that in their new album, LM5. Everybody who hears this new album will be feeling confident as ever once they are finished listening to it. With the empowering lyrics, brilliant collaborations, and breathtaking vocals, this album is definitely one of the best of the year. These groundbreaking songs will have people wishing they heard them much earlier with the maturity and endless positive messages

The four girls tell the story of how they really are, imperfections and all, and how they’re not about to change that for a boy in “Woman Like Me.” With the unshakable beat and influential lyrics, it gives a refreshing twist from the average love song. They show how women are not going to pretend to be someone they’re not, just to get a man, through the lyric, ”Many things that I could get rid of, ain’t about to give it up.” This song will give confidence to everyone who listens to it.

The second single off LM5 is titled, “Joan of Arc”, a fiercely feminist anthem that displays a feeling of independence and self-confidence. “Joan of Arc” tells the story of how the four girls don’t need a man and how they are feeling as positive as ever on their own. This is shown through the lyric, “I don’t need a man, if I’m loving you it’s cause I can. I don’t want your cash, I put my own rock on my hand.” This song is the most powerful song on the album because it goes against the stereotype of how women need a man to be happy and successful.

Every song on this album has a compelling message that everyone has to hear. The stand out track for self-confidence is “Strip” featuring rapper Sharaya J. With the empowering lyrics, this song displays how all women shouldn’t try to meet society’s impossible standards.  The stand out friendship song is “Love a Girl Right.” Its edgy beat and influential chorus make sure no man will ever hurt their best friend. Finally, the hit song for overcoming all struggles is “The Cure.” The prominent message in the track is everyone can defeat their obstacles and find what makes them happy.

Metro, Britain’s highest circulation newspaper, said, “LM5 has a handful of songs destined to be hits and feels like a group of best friends welcoming you into their fold.” LM5 makes everyone feel welcomed and loved and that’s how all albums should be. Little Mix is setting a new positive trend for all new albums to come.