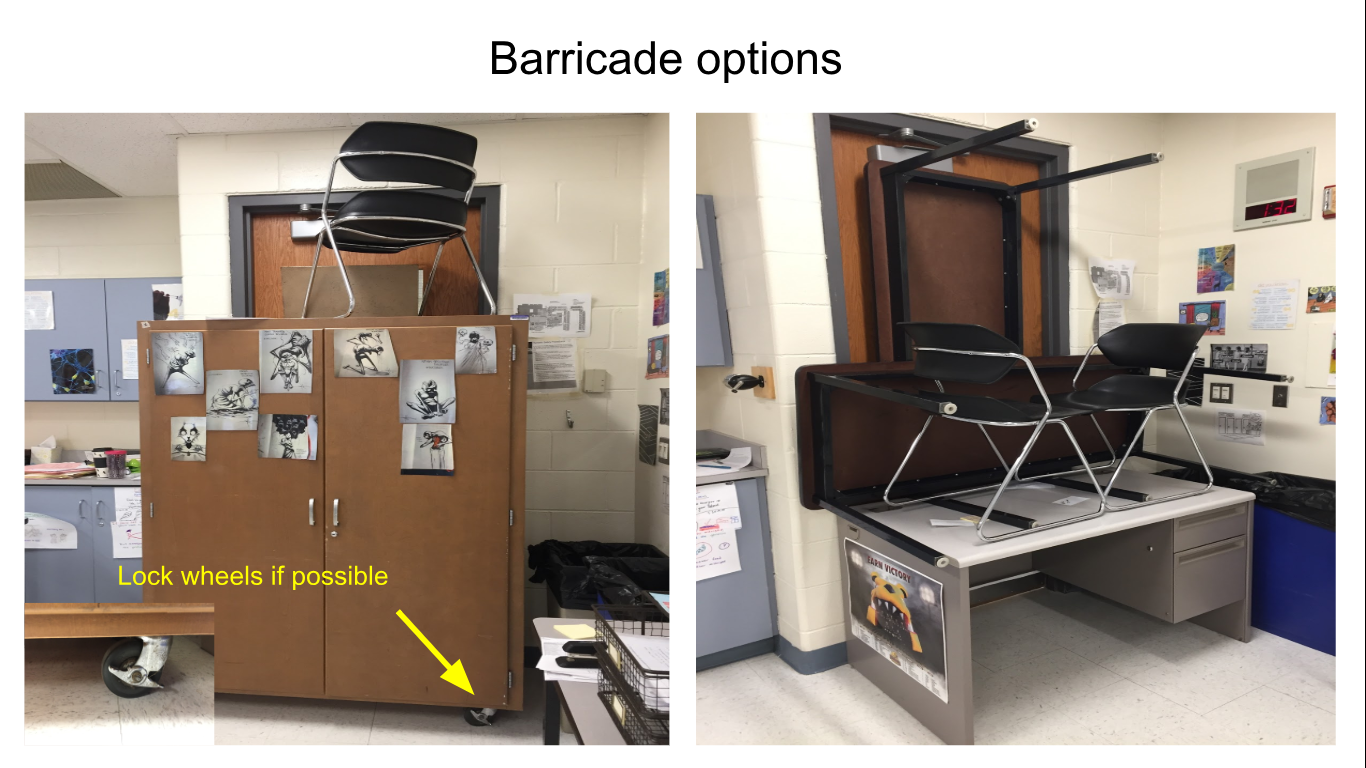 As we near the end of 2018, the number of school shootings that have occurred in the United States this year alone reaches over 20, eight of which resulted in fatalities or injuries.

Many students at Batavia High School feel unsafe due to the increase in school violence in the United States and feel as though the school does not work to address their safety concerns.

“For months I’ve felt scared for my life coming to school every day just knowing that any day my life could be ended by someone simply slipping into the school who has bad intentions,” said Lexi Orjuela, a sophomore at Batavia High School.  “Although all of my teachers have explained the procedures we would go through if this were to happen, it truly doesn’t help that much. The topic is simply brushed over. It doesn’t seem like enough adults in the school actually  take this possibility seriously enough for how big the chances are in the society we live in.”

The school faculty and student body put in several hours a week to focus on sports through both practices and games, not to mention the time spent on planning and putting together events such as any pep rallies, fundraisers, or spirit weeks. Yet after the number of situations that occurred this year, including at one point what many students believed was a threat at our school, the school finally addressed the situation and decided to dedicate about 10 minutes per class once a year to show kids the same slideshow on active shooter situations, and even then some teachers didn’t go as far as to show the slideshow.

“There is both proactive and reactive safety. In terms of proactive over the last let’s say, 10 years, for example, there have been a lot more proactive things put in place,” Said Dr. Smith, principal at Batavia High School, “there’s a safety line and we’ve increased our supports here for mental health for students, sometimes that’s a difficult thing. There have also been changes throughout the community.”

Despite these precautions, in a survey of 56 Batavia High School students, 61 percent of respondents said that the increase in violence in schools in America has made them feel unsafe at school. Additionally, 79 percent of the respondents stated they wished that the school would do more to improve student safety.

The world continues to change and industrialize rapidly. Along with that, the threats people face continue to change, too. Millions of years ago humans’ greatest threat was being killed by predators, hundreds of years ago it may have been natural disasters or economic crisis. The threats we face now are very different from those faced a few years ago, so naturally, the way we would handle these situations should change, as well. Yet year after year, the school gives the students the same cookie cutter drills for the same specific events.

“I think we should have more drills at unexpected times, such as in passing periods or at lunch,” stated an anonymous student at Batavia High School.  “What if there is a situation where the school is on fire and the fire alarm goes off during a passing period? How will teachers find their students and account for them? We never practice this, so students and teachers don’t know what to do.”

Students feel as though not enough concern is put into improving the safety of students or addressing different situations they could potentially be faced with. There are so many possibilities and none of them are ever discussed.

In speaking with Antonio Inglese, the Chief Financial Officer at Batavia, he said that hearing students’ ideas is very important to the school. The board works hard to meet with student ambassadors, and members of the board visit the school once a year to talk to students and listen to their ideas and concerns.

“The board is always very eager and open to hearing what we have to say,” said Christopher Theros, a student ambassador at Batavia High School, “it is clear they really want whatever is best for the students.”

These two people believe that the board always listens to student wants and needs, and wants to do whatever they can to help provide students with a good and safe learning environment. However, 70 percent of the surveyed students stated that they feel their concerns and or opinions are not addressed by the school.

“The school constantly sends out these ‘school improvement surveys,” said Rachel Cook, a sophomore at Batavia, “yet our responses are never fulfilled.”

Sure, Batavia High School implements the bare minimum for safety, as many high schools do; but if we continue to ignore the possibilities of these events happening, they will not simply go away. The chances of a bad outcome will only increase as a result of students who were not provided with enough proper preparation or the safety that is ultimately necessary in today’s world.