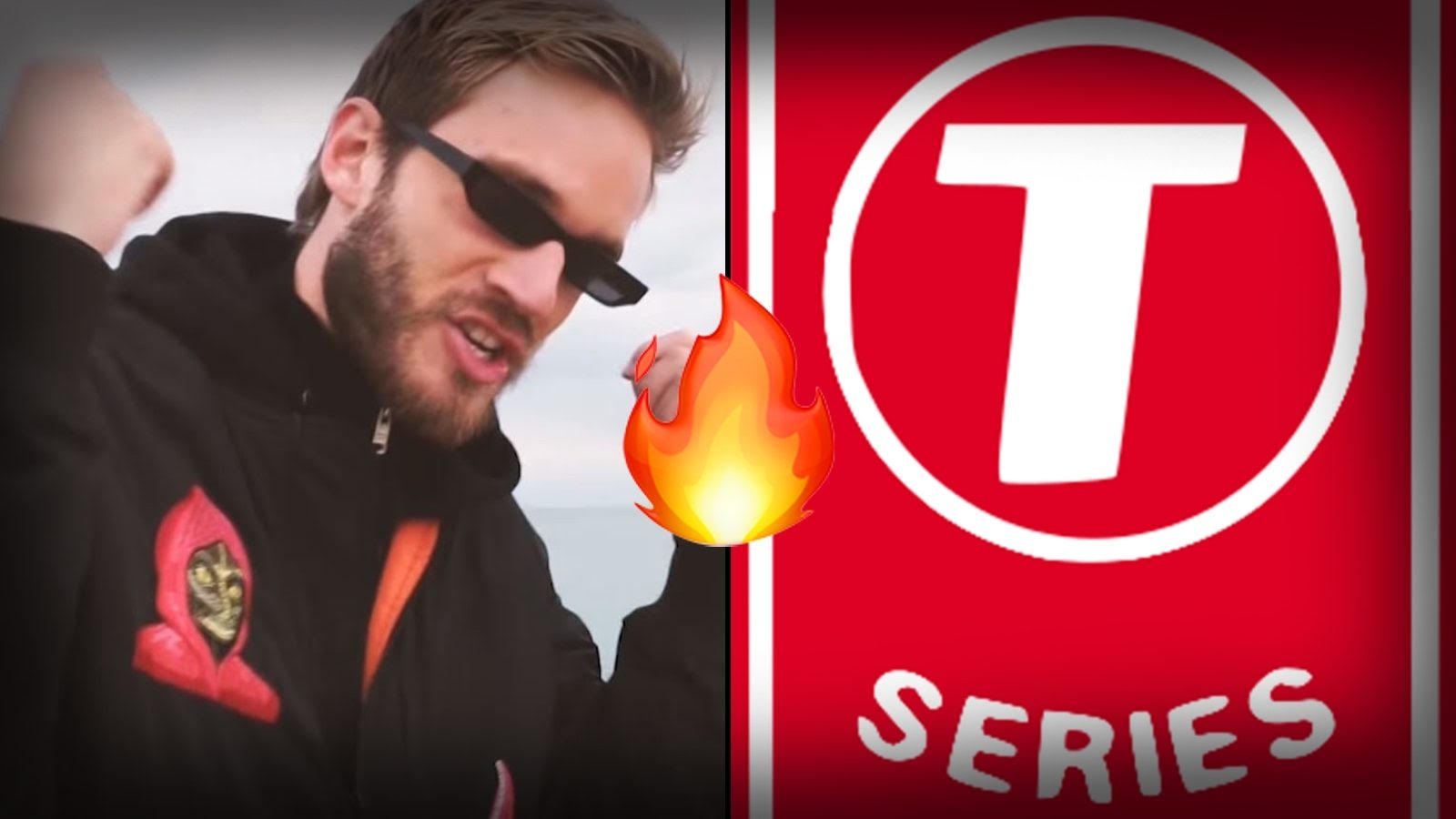 By Ethan Klemp and Isabella Mikula

In a rather recent event, there has been talk of who will earn more subscribers overall. Even though it’s been predicted that T-Series will be the No. 1 channel on YouTube, Pewdiepie will still have more subscribers than T-Series in the future.

Pewdiepie, or Felix Kjellberg, is a popular youtuber with 72,475,045 subscribers currently. He is very popular for his “let’s play” games. During his last year of high school, he bought a computer and started his first youtube channel, Pewdie, in 2006. According to Biography.com, they share that he “forgot his password so when he returned to YouTube in 2010, he was forced to set up a new account, Pewdiepie.

At the beginning of this year he reached a total of 3.7K uploads and his net worth now estimated to be $30-$50 million. In 2017, he has earned around $12 million. Personally, Pewdiepie overall is the most fun to watch for as long as most people can remember. Throughout the years, he’s kept his audience entertained and always came up with difference videos to get more subscribers.

But at the same time Pewdiepie has had problems. He has been seen as racist, and has vented about homosexuals in which he has admitted that needs to be worked on. He also lost many subscribers because of this incident. He was also losing a formed joint venture with Maker studios for performing inappropriate actions on camera.

Then there is T-Series, Pewdiepie’s competition. This YouTube channel has gained a lot of fame over the years. Unlike Pewdiepie’s channel, they are a corporation. There is no way they wouldn’t be able to launch more videos than Pewdiepie. Watching one of their videos, it was just gross. They were using old songs found in the United States, then changing it into a newly weird version. Some of them had weird noises with some very similar dance moves from other music videos. They also seemed to over sexualize the girls in one of the videos which people couldn’t even begin to understand it because it wasn’t in English.

Looking at some statistics from Socialblade.com, it shows that from January 2017 to January 2018, their daily subscribers have been kept steady until a significant jump from January 2018 until now. Rates have been going up and down rapidly for T-Series while Pewdiepie’s daily subscribers has been kept steady until the beginning of November when the controversy started. On Dexerto.com, the source has said that Pewdiepie has ‘questioned the legitimacy of T-Series subscribers on YouTube’ and he has said that “On my Reddit, there’s been a lot of posts talking about how if you create an account in India or the Middle East, you will be subscribed to T-Series.” He went on to ask his followers to sign up from the Indian or Middle Eastern regions, and send him proof if it was true. Pewdiepie says that this would explain how T-Series got so many subscribers.

According to the Hindustan Times, an anonymous account emerged on Twitter. This account was part of the #MeToo movement. This account popped up for a few days and accused him of sexual assault. His wife, Divya Kumar Khosla defended him. “My husband has got TSeries where it is today purely on basis of extreme hard work. People even stood up against Lord Krishna who’s praiseworthy. Though #MeToo Movement is meant to clean up society, it’s sad that some people have started misusing it,” Khosla said. She believes in her husband, but the accusation could be false. Since the account disappeared a few days after it was posted. This brings up how legitimate this account actually was, but at the same time if its true then Kumar, isn’t the man he claims to be.

Later Kumar posted on Twitter. “ The post makes serious allegations against me that three years back, I had offered an aspiring actress to sleep with me in lieu of a role being offered in my films and when she refused, I dropped her from the films.” The Hindustan Times also says that the account went down right away after uploading the post, so it is questionable if the account is actually real. It could be someone trying to ruin T-Series’ fame and subscriber count. If it does turn out to be real, then he would also be cheating on his wife, which makes the whole thing very controversial, but there has been other cases of sexual harassment at T-Series. This means this wouldn’t be the first time that this has happened.

Overall, despite what others’ opinions are on Pewdiepie and T-Series, we still believe Pewdiepie will win. There has been multiple sources that has some dirt on T-Series, which changes the audience’s perspective and gives them more insight on who T-Series is behind the scenes. Pewdiepie has shown us on YouTube that he is reliable and wouldn’t make mistakes T-Series has. He may have had some controversial moments, but none like T-Series.