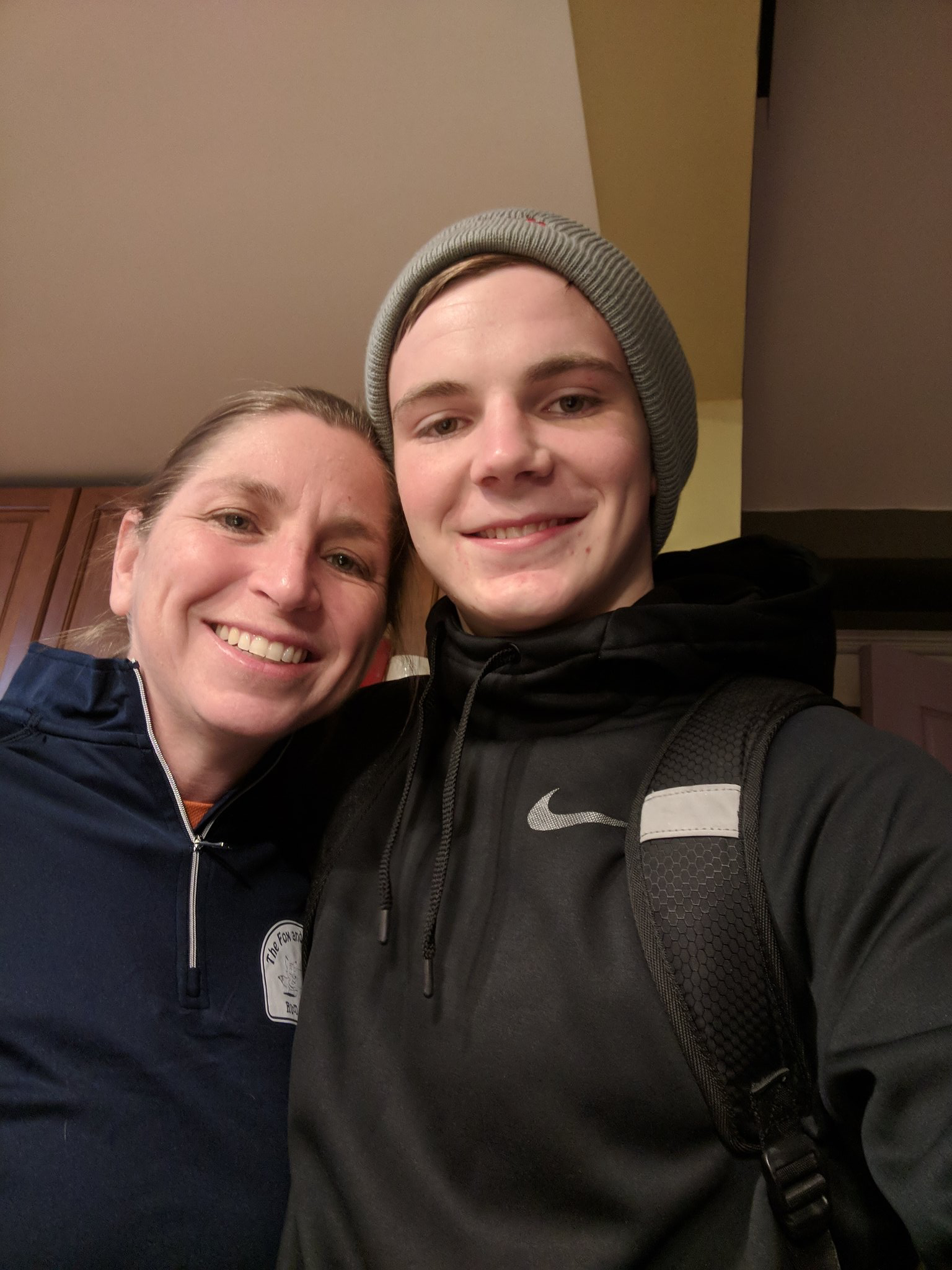 Coming home from a long day of school followed by an intense wrestling practice, Andy Posledni hopped in the shower on what was just an average Tuesday night. Hearing something buzzing outside of the shower, he looked to see that it was his phone, buzzing from a highly anticipated call. He dries his hands and hops out of the shower. Realizing that this very well could be the biggest news of his life, he answers the call. Hearing the congratulations on the other end of the line, he realizes that this is it. He did it. He earned the scholarship.

“I think he’s just a really well-spoken kid,” said Ellen Posledni, the mother of Lilly Award recipient, Andy Posledni. “He’s really easy going and so I felt like he had a good shot because he’s really likable and if that’s the person they’re looking for, somebody who has a natural ability to connect with people, he would have a bit of an edge

Andy Posledni is currently a senior at Batavia High School and is an overall active student. He is a leader of the infamous Dog Pound and also serves as a captain of the school’s varsity wrestling team. Posledni is one of the newest recipients of the Lilly Award given by Wabash College in Indiana. The award recognizes young men who show high potential and future promise. It is an annually renewable scholarship that covers the recipient’s tuition, fees, and on-campus room and board.

After receiving frequent messages from the college’s head wrestling coach, Posledni set up a time to visit and happened to enjoy it.

“After I applied we learned about this scholarship,” Posledni said. “We were like alright let’s just go for it.”

The selection for this award was quite rigorous for Posledni. It required an online form filled out with three accomplishments he was most proud of and an essay about an event in his life that fulfilled the statutes of the Wabash mission. After taking all applications, 15 finalists were chosen to spend a few days with committee members in order to decide who would ultimately receive the scholarship.

Arriving at the college, Posledni felt confident, relying on his natural ability to communicate well with others. He soon realized that this might not be as straightforward and smooth as he once thought. Feeling the pressure of his success and of those around him he began to feel somewhat intimidated. That night at dinner and the next morning at breakfast, he began to feel his natural way with people begin to take hold as he connected with the committee members around him. Once the breakfast was completed, he only had to survive through a class seminar accompanied by the rest of the finalists and an individual interview with the committee members.

“I felt good after the interview,” Posledni said. “One thing I kept saying was I didn’t regret anything. I answered all the questions, and I didn’t say anything stupid, which was a win in my book. The seminar portion I didn’t feel as confident about. I didn’t really understand all of the meanings of the passages, and I did not really get to talk as much as I would have liked. One of the interview committee members told me I did a good job afterward, so that was a bit of a boost.”

According to his family, he is deserving of this scholarship, and he is a great fit for the type of young man the committee was looking for.

“Andy is very personable; he’s a great listener and is genuinely caring in his communications with people,” said Posledni’s uncle, Matthew Hager. “I think it’s hard not to like Andy when you first meet him.I wasn’t too surprised once I knew he was invited to interview, and after having heard the process he went through in the final selection, it seemed to be tailor-made for him. His intelligence comes through in dialogue and he’s confident and likable.”

Feeling the weightlessness of a debt-free life after college, Andy said he is ecstatic to not have to worry about paying for college, as well as the carefree feeling of knowing exactly where he will be going this coming fall.

“I just thought it was like almost perfect how it all happened,” Posledni said. “It is an incredible feeling.”