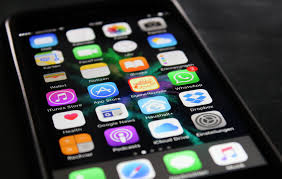 Want to know what it’s like to be a brain surgeon or get plastic surgery? Want to get the chance to have 17 kids and name them whatever you’d like? These are all things gamers can do on the new app BitLife. BitLife is a simulator game where players can control someone’s life from beginning to end. The app is enjoyable, strangely addicting and a great way to fill time when you’re bored.

The amount of choices BitLlife gives users is astounding. Players can choose who their character will date and what they name their children. They can buy their player a house or have them go to the casino. They can choose the major character studies in college and the career they want to pursue afterward. BitLlife includes a plethora of insanely realistic scenarios, which makes it so it never gets old.

However, these choices come with consequences, just like real life. The character may break up with by his/her significant other, or rejected by a university. The character’s parents may refuse to give them money, or they may go to jail for making a bad choice. That’s what makes BitLife so amazingly different from many other simulation games: the dire realism of it. No matter what choices the player makes for their character, they will still not live the perfect life in BitLife, and that’s the beauty of it.

If you’re looking to play a game that is not only amusing and addicting but refreshingly frustrating, download BitLife. It’s not a game where gamers can just build the perfect life, it’s a simulator that represents real life choices people make and the inevitable consequences of being a human. It is inspiringly different from any other game that’s been released.